Come Together and Support Green Initiatives 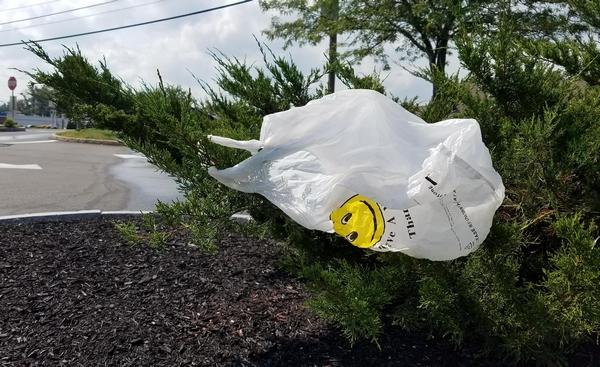 With efforts underway to instate a statewide ban on single-use plastics, it is imperative that eastern CT's communities come together in support of this critically important measure. The Chamber of Commerce of Eastern CT supports this measure and welcomes the quality-of-life improvement that the ban will bring.

On March 25th, the CT General Assembly's Environment Committee approved a bill that would prohibit retail outlets from offering single-use plastic bags starting January 1, 2020. This initiative came mere days before lawmakers in New York agreed to impose a statewide ban on most types of single-use plastic bags from stores in the state beginning in March 2020.

Of course, the process won't be easy for everyone. If approved this year by the House and Senate, and signed into legislation by Governor Lamont, the bill would compel retail outlets to provide only 100 percent-recyclable paper single-use carryout bags, with a conspicuous message encouraging shoppers to recycle the bag. Fines would be established for violations. Important exceptions include trash bags, bags without handles (designed for items such as newspapers or clothing), and pharmacy prescription medication bags.

How would eastern CT's businesses fare under this proposed legislation? In early April, the Chamber of Commerce of Eastern CT reached out to local businesses and found that many within the community already embraced efforts to decrease single-use plastics.

Ken Capano, Owner and Operator of ShopRite locations in New London and Norwich, says, "Many of our ShopRite stores have already begun implementing local plastic bag ban laws in other markets where our stores operate. ShopRite believes the best bag is a reusable bag and we always encourage customers to bring their reusable bags to the store. We also believe the primary goal of any legislation should be encouraging the use of reusable bags. That’s because both plastic and paper impact the environment, and we do not believe paper bags are a sustainable alternative to plastic bags. Paper bag manufacturing uses significant natural resources and additional resources and costs to transport paper, as it is heavier than plastic."

Capano continues, "ShopRite promotes bag reuse by making affordable reusable bags available for purchase at all our stores and providing recycling bins where customers can return used plastic grocery shopping bags. We also operate our own recycling facility and have been at the forefront of recycling and active in reducing plastic bag use and waste for more than 40 years.We will continue to promote sustainability in our stores while following all local recycling laws and regulations."

Thaler Hefl, who operates the popular "Trash Talk CT/RI" Facebook page, weighs in on the issue: "Our world as we know it is catching on to the fact that we need to take care of our planet. Countries are reducing the use of single use plastics, and this is simply the way it is going. The momentum is too extreme to stop. Our main concern should be pushing reusability, not simply changing the material which we use, we need people to reduce consumption and waste overall."

Helf says, "This gives retail business owners an opportunity to cut out plastic retail bag costs entirely and have the consumer pay for the increase in cost of the biodegradable substitute, which many businesses already do. I assure you that this does not deter the majority from shopping stores – quite the contrary, people want to be a part of this movement. It gives retail stores and opportunity to make a profit off of selling reusable bags with their logo, which also ends up being advertising for their business which is then paid for by the consumer."

The Chamber of Commerce of Eastern CT feels very strongly that these very positive efforts will go a long way towards improving our environment and overall quality of life. We have observed success from similar measures enacted in other parts of the country.

According to the Mercury News of San Jose, a ban on single-use plastics which was put into place in 2012 resulted in an eighty-nine percent reduction in plastic bags caught in storm drains, a sixty percent reduction in bags in local creeks and rivers, and a fifty-nine percent drop in residential plastic waste. After San Francisco enacted a similar ban in 2007, the city saved a reported $600,000 per year in plastic processing fees.

Such striking results are increasingly common. The city of Seattle reports that residents observed a forty-eight percent drop in residential plastic bag waste after a ban was enacted, and commercial bag waste declined by an astounding seventy-six percent. Between 2010 and 2014, plastic bag waste in local landfills dropped from 262 tons to 136 tons.

We need to be a leader in achieving similar results on the east coast. When driving Connecticut's highways, walking our trails, or trying to enjoy the state's natural scenic beauty, it is demoralizing and frankly disgraceful when one sees the amount of carelessly discarded plastic bags scattered about. These bags are unsightly, dangerous for local wildlife, and are a leading cause of pollution and environmental disturbance, locally and globally. This impacts our ability that this part of the country is an attractive place in which to live and do business.

Similarly, eastern CT's tourism industry, one of the leading economic drivers in the state, would enjoy benefits from a single-use plastic bag ban. A glance at travel review sites from locations around the world - including London, Spain's Canary Islands, and the beaches of Bali - all show a common criticism from tourists: the presence of too much trash, especially discarded plastic bags, has created a lasting unhappy memory of their visits.

We cannot afford to make the same mistakes as these tourism destinations - we need to act vocally and unequivocally on this matter.

Let us create the Connecticut that we want to live in and support all measures to decrease the presence of single-use plastic bags. We support existing efforts that incentivize manufacturers of single-use plastics to refocus their efforts on greener alternatives. We support the replacement of plastic shopping bags with environmentally-friendly alternatives, as well as deemphasizing the use of plastic straws in restaurants and dining locations.

The future is green, and our state needs to get onboard with the program of eliminating single-use plastic bags, as well as other environmentally unsound current practices. Connecticut is a wonderful state in which to do business and live, but we must be a leader in making meaningful change. Not only will we all benefit by supporting these efforts, but we will create a better future for our children and the planet as a whole. Let us all do our part to embrace these positive, necessary initiatives.