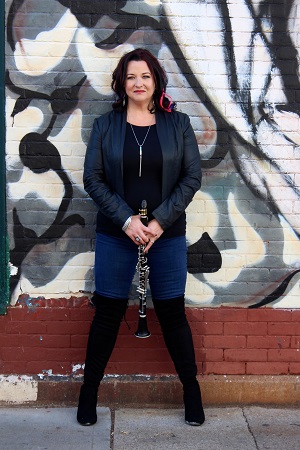 The 2020 portion of the ECSO’s 19-20 season kicks off with a non-traditional pairing: the New London Big Band on the stage for the first time with the ECSO. Continuing the celebration of Music Director & Conductor Toshiyuki Shimada’s 10th anniversary, this concert presents a slate of national and local treasures. In recognition of Black History Month, the ECSO performs Concert Overture No. 2 by composer Florence Price. Price was the first African-American woman to have a composition performed by a major symphony orchestra. A medley of big band hits closes out the first half with classics such as In the Mood, Begin the Beguine, Moonlight Serenade, and more, all arranged by Lee Norris.

The New London Big Band, led by Sean Nelson, is featured prominently on the second half as they join forces with the ECSO for originals and works by big band composers. Principal Clarinetist, Kelli O’Connor, returns to the front of the stage to perform Artie Shaw’s spirited Clarinet Concerto. Music of the legendary jazz composer and orchestra leader, Duke Ellington, will thrill the audience along with works by George Gershwin, Tommy Dorsey, and more.

Prior to the evening’s concert, all attendees are invited to a free pre-concert chat with Toshiyuki Shimada starting at 6:30pm. All attendees are also invited to meet and greet with fellow concertgoers and ECSO musicians at the complimentary post-concert reception in the upper lobby of the Garde Arts Center.

This concert is generously sponsored by Dominion Energy.

Ticket info
Single tickets ($35 – $65) for the Eastern Connecticut Symphony Orchestra’s 2019-20 season are now on sale to the public. Tickets can be purchased online at gardearts.org, by calling the Garde Arts Center Box Office at 860-444-7373 x 1, calling the Symphony office at 860-443-2876, or in person at the Eastern Connecticut Symphony office at 289 State Street, New London, CT. Subscription packages, which offer ticket exchange, savings, and other benefits are still available. Discounts available for senior citizens and $12 tickets available for anyone Under 40 and active or retired military members. 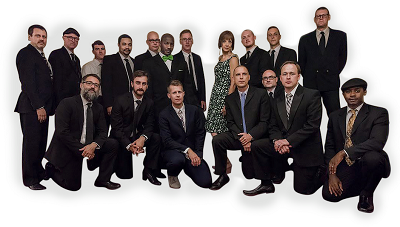 About New London Big Band
Led by trombonist and composer Sean Nelson, the New London Big Band is a 17-piece jazz orchestra made up of the finest musicians in New England. The band plays a mix of classic jazz standards, upbeat dance tunes, and original music by band members, and regularly features instrumental and vocal soloists. Formed in 2016, they play monthly to sold out crowds at the Social Bar + Kitchen in New London, where they attract professional and amateur dancers from near and far, as well as various engagements throughout New England.

About Sean Nelson
Sean Nelson is the leader and founder of the New London Big Band. By day, he is enlisted in the U.S. Coast Guard where he plays trombone and works as staff arranger for the Coast Guard Band. A native of Dallas, Texas, he has music degrees from Sam Houston State University and the University of North Texas, where he played with One O’Clock Lab Band. Sean is on the faculty of the University of Connecticut, where he teaches jazz trombone. He lives in Quaker Hill, Connecticut, with his wife Megan and children Lucinda and Giles.

About the ESCO 2019-2020 Season
We are thrilled to announce our 73rd season’s lineup, curated by Music Director and Conductor Toshiyuki Shimada. This season marks the 10th anniversary of Music Director and Conductor Toshiyuki Shimada’s tenure at the ECSO. Major repertoire selections from Dvořák, Copland, Gershwin, Beethoven, Brahms, Rachmaninoff and many more will bring a thrilling range of sounds to the Garde stage. In addition to these timeless composers, we will be bringing in two world-renowned Turkish artists for a unique program highlighting Turkish culture and one of Mozart’s masterpieces. Grammy Award-winning guitarist, Jason Vieaux, will join us for Joaquín Rodrigo’s Concierto de Aranjuez. The Eastern Connecticut Symphony Chorus takes the stage twice for famed New London composer Charles Frink’s John Henry and William Walton’s Belshazzar’s Feast. We are also partnering with another local treasure, the New London Big Band, for a program highlighting American composers.