High Hopes Therapeutic Riding, Inc. in Old Lyme appointed Jacqueline Kangley as its new Chair of the Board of Trustees for a two-year term.

Kangley was introduced to therapeutic riding by her Essex Elementary School classmates and has been a volunteer at High Hopes since 2004. She has been a Trustee since 2015 and currently volunteers in the therapeutic riding program and serves on the Program, Marketing Advisory, Event, and Development Committees. She has Co-Chaired the ‘Concert in the Barn’ and served on many Auction, Décor, and other Benefit committees. She is a past recipient of the Sally H. Aubrey Award, and the 2018 Path Intl. Region 1 Volunteer of the Year for her outstanding contribution to High Hopes.

“High Hopes is a unique, vibrant community with an important mission. For over 15 years, I’ve watched participants, instructors, volunteers, and horses work together to improve each others’ lives in very measurable ways. I am grateful to be a part of the High Hopes team and value this opportunity to help guide the organization,” said Kangley of her appointment.

As her first order of business Kangley thanked John Catlett as well as outgoing Trustees Seymour Smith and Katherine Gibson. Catlett is stepping down as Chair but will continue as a Trustee at the Old Lyme Non-Profit. “Under John’s leadership, High Hopes has ushered in its 45th year with a strong respect for its past and a clear vision for the future. He has overseen the launch of the ‘Share Hope’ Endowment Campaign, the implementation of a new strategic plan, and encouraged an active, engaged Board. John, Seymour, and Katherine exemplify the dedication and commitment of the over 650 volunteers who help keep High Hopes running. Thank you for all they have done to support High Hopes’ mission.”

Handing over the gravel, Catlett commented: “Jackie is an outstanding choice to lead High Hopes as it begins to implement its latest Strategic Plan and transitions to the public phase of its endowment campaign. Jackie’s long involvement with the organization gives her a deep understanding of High Hopes and positions her well to take on this important role. I’m sure she will help lead the organization to an even stronger position to help impact the lives of those who depend so much on High Hopes.

Two new Trustees were also welcomed to the Board, Sarah Kitchings Keenan and Margaret (Mac) Mummert. Each will serve for a three-year term.

Sarah and her husband Christopher reside in Essex with their three children, Ryan, Maggie, and Ashley. Her son, Ryan, has been an active High Hopes participant for five years; both of her daughters have attended the High Hopes Unified Summer Camp. Sarah has served as a member of the High Hopes Development Committee and is currently Treasurer of the Essex Elementary School Foundation.

Lyme resident Mac Mummert and her husband, Earl, are veterinarians and have owned four small animal practices. Her special interests include internal medicine and oncology. She has served in many local civic organizations including the Lyme Garden Club, the Child and Family Agency and is a Past President of the SE Connecticut Professional Women’s Network. She has served on the vestry of St. Ann’s Episcopal Church and was District Commissioner of the Connecticut Valley Pony Club. Mac has two children, Brian and Anya. Anya has been a participant at High Hopes since she was five and now works as a volunteer twice weekly. 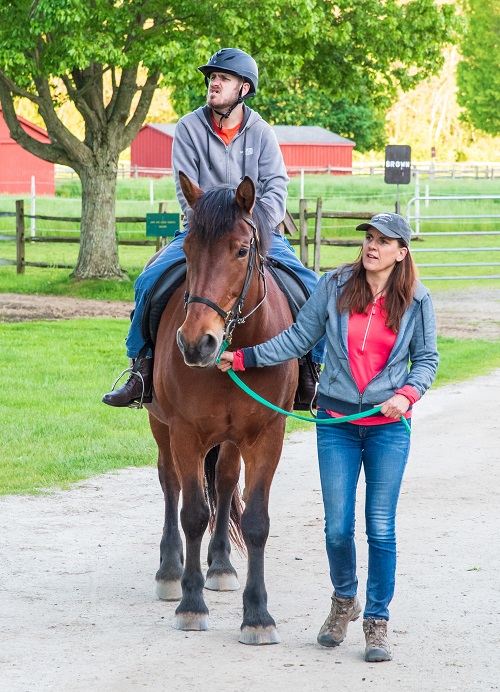 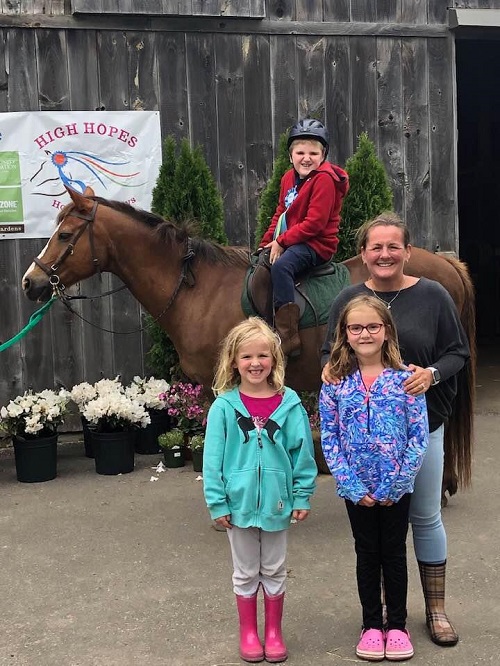 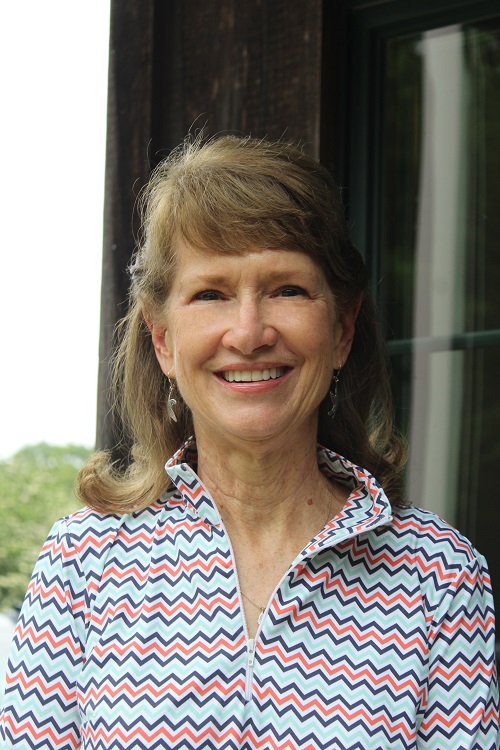 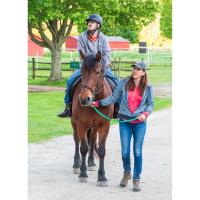