The Southeast Connecticut World Affairs Council (SECWAC) announced today that Binalakshmi Nepram is to speak on the peace movement by Indigenous women in India at 6:00 p.m. on Tuesday, March 23, 2021, via Zoom. The virtual presentation is free for members; $20 for non-members. Registration is required.

Binalakshmi Nepram will discuss the story of the forgotten, former Asiatic nation state of Manipur located on the Indo-Burma border. She will trace the struggle of the Indigenous Women of the state, now located in Northeast India, and how they developed a unique and unprecedented women's movement. Ms. Nepram will throw light on the unreported conflict region that is home to South Asia’s longest running war, where a martial law called the Armed Forces (Special Powers) Act has been imposed on the population since 1958; she will also discuss the resilience of the people who have long struggled for democracy and rule of law.

Nepram’s presentation is part of the SECWAC 2021 monthly Speaker Series. Register in advance at https://scwac.wildapricot.org/event-4089174

ABOUT BINALAKSHMI NEPRAM
Binalakshmi “Bina” Nepram is an indigenous scholar and a woman human rights defender, whose work focuses on deepening democracy and championing women-led peace, security, and disarmament in Manipur, Northeast India, and South Asia. She is the founder of three organizations: the Manipur Women Gun Survivors Network, the Control Arms Foundation of India, and the Global Alliance of Indigenous Peoples, Gender Justice, and Peace. In 2010 Bina also initiated the Northeast India Women Initiative for Peace to ensure that indigenous women in Northeast India are included in peace talks and peace processes.

ABOUT SOUTHEAST CONNECTICUT WORLD AFFAIRS COUNCIL (SECWAC)
SECWAC is a regional, nonprofit, membership organization affiliated with the World Affairs Councils of America (WACA). The organization dates back to 1999, and has continued to arrange at least 8-10 meetings annually, between September and June. The meetings present a range of topics in international affairs, foreign policy and diplomatic history, and are hosted at venues along the I-95 corridor, welcomingmembers and guests from Stonington to Old Saybrook, and beyond. SECWAC’s mission is “to foster an understanding of issues of foreign policy and international affairs through study, debate, and educational programming.” It provides a forum for nonpartisan, non-advocacy dialogue between members and speakers, who can be U.S. policymakers, educators, authors, and other experts on foreign relations. Learn more at http://secwac.org. 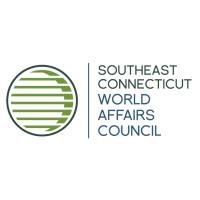