Eastern CT  – The Chamber of Commerce of Eastern CT has announced that Scott Gladstone and Neil Ryan, current Co-Owners of five Wireless Zone – Verizon Wireless Premium Retailer stores in Eastern CT and noted community supporters, will be honored as eastern CT’s 66th Citizens of the Year. The Chamber will recognize them at a joint celebration dinner later this spring.

The Citizen of the Year award is presented annually by the Chamber to an individual or individuals who have gone above and beyond in furthering the business and civic communities of eastern CT. Candidates must have performed the services for which they are nominated in the spirit of altruism beyond the limits of his or her job description.

Gladstone and Ryan have contributed significantly to eastern CT’s economy and business community, having opened several franchised Wireless Zone locations in CT and VT, and currently employing over 50 employees. They are seeking to expand in the area.  Their unwavering support of eastern CT’s children and families has made them much admired by the community.

Gladstone and Ryan are well-known for their commitment to sponsoring non-profit programs in eastern CT. Gladstone is a strong advocate and ambassador of Waterford Country School, which provides a plethora of services  to children and families in need. Each year Wireless Zone and its employees obtain a list of requested holiday gifts from the students at Waterford Country School and deliver wrapped presents to ensure each child has gifts to open.

In 2015, Gladstone and Ryan celebrated twenty-three years of success as prominent small business owners. The duo were inducted into the Wireless Zone Hall of Fame in 2013 for providing two decades of outstanding customer service, their unsurpassed growth in the industry, and their consistent commitment to the community. In 2014 they received the Alumni Achievement Award from their alma mater, Keene State College, which is bestowed to “an individual(s) whose professional achievement in his/her chosen field brings honor to the recipient(s), as well as to the college,” according to a press release issued by Wireless Zone.

“Scott Gladstone and Neil Ryan have shown through their hard work and dedication that it is possible to grow a small business community in eastern CT,” said Tony Sheridan, President & CEO of the Chamber of Commerce of Eastern CT. “They are successful business owners who dramatically grew their business through smart management. Since 1992, their Wireless Zone locations have introduced us to exciting communication technologies while providing top-notch customer service. They also take care of the communities in which they live and work. Their charitable giving has provided a better future for countless children and families in our region. The Chamber is very proud to recognize them on behalf of the business community.”

Recent past recipients of Citizen of the Year:

* * *
About Wireless Zone:
Wireless Zone is the nation’s leading independent Verizon Wireless franchise, offering the latest and greatest in products, services and accessories, as well as repair services. Wireless Zone is open seven days a week Wireless Zone encourages all nonprofit organizations to reach out if they can be of any assistance in the future.

About the Chamber of Commerce of Eastern Connecticut:
The Chamber of Commerce of Eastern Connecticut is a collaborative of business and community leaders dedicated to securing and enhancing the economic vitality of eastern Connecticut. The Chamber works to create value for its members and the region by providing forums for business networking, leadership and discussions of issues that affect the region; providing opportunities for members to showcase their products, services and accomplishments; helping small businesses succeed through educational programs; and working to reduce the costs of doing business in Connecticut.  For more information, visit www.ChamberECT.com. 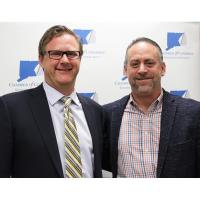