Boston, MA – Sophomore Kaitlyn Mooney ran the fastest time ever recorded in Division III history to win the National Championship in the 5,000 meters and was the anchor of the DMR team which earned All-America honors with a third place finish at the NCAA Division III Indoor Track and Field Championship at the Reggie Lewis Center.

Mooney, who becomes the first CGA female athlete to win a track national championship, blew away the field posting a time of 16:23.12, breaking the Division III record of 16:23.40 set by Amy Reagan of Stevens in 2016.

She won the race by over 12 seconds as Annie Rodenfels from Centre was second with a time of 16:35.40.

Earlier this season, she posted a school-record time of 16:27.30  in the 5,000 meters she ran at the Boston University Dave Hemery Valentine Invitational which was the second fastest time in Division III history. 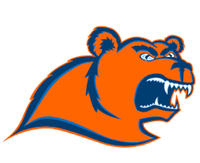