Berlin, CT – Comcast officials from the Western New England Region, which serves Connecticut, Vermont, western Massachusetts, western New Hampshire and New York, signed the Employer Support of the Guard and Reserve (ESGR) Statement of Support, pledging Comcast's ongoing efforts to hire and support members of the National Guard and Reserve components. A learning and networking event was also held for members of the local Military community, who could explore career opportunities at Comcast and meet with recruiters. Both events were held at Nautilus Park Community Center, which is located within the Base Housing area of Naval Submarine Base New London in Groton, Connecticut.

Members of Comcast's Senior Leadership Team, Military and Veteran Affairs team and VETNET Employee Resource Group, were among the attendees of the ceremony, along with Connecticut senior military officers, representatives from local veteran service organizations and Comcast military community employees.

"We recognize the talent that National Guard and Reserve members bring to our team and are committed to supporting them as they fulfill their obligations to serve our country," said Parker.

"Comcast NBCUniversal has a long tradition of hiring and supporting veterans, National Guard and Reserve members, and military spouses," said Eggert. "Our company founder, Ralph Roberts, was a World War II U.S. Navy veteran, and many of our current executive leaders, including Comcast Corporation Vice Chairman Neil Smit, also served in the military. We are proud to have thousands of members of the Military Community working across the country in all levels of the organization."

By signing the Statement of Support, Comcast pledges to recognize, honor and comply with the Uniformed Services Employment and Re-Employment Rights Act; provide managers and supervisors with tools to effectively manage employees who serve in the Guard and Reserve; appreciate the values, leadership and unique skills service members bring to the workforce, and encourage opportunities to hire National Guard members, reservists and veterans; and continually recognize and support the country's service members and their families in peace, in crisis and in war.

Comcast announced in 2015 a commitment to hire 10,000 veterans, reservists, and military spouses through 2017. As part of that commitment, Comcast also made enhancements to the company's military leave policies to help ease the challenges faced by Comcast employees who serve in the National Guard or Reserves. The company enhanced benefits for National Guard and Reserve members by: granting up to 15 days of annual military leave with full pay to support annual training; increasing military leave supplemental pay to three years for employees on active duty; and providing the option of staying on Comcast health and welfare plans during deployment. Comcast also offers certain financial and job transfer assistance to an employee whose spouse is being called, reassigned, or transferred to active military duty in a different geographic area.

To learn more about Comcast's support of the military community, visit http://corporate.comcast.com/military, or follow @ComcastMilitary on Twitter.

* * *
About Comcast Cable:
Comcast Cable is one of the nation's largest video, high-speed Internet and phone providers to residential customers under the XFINITY brand and also provides these services to businesses. Comcast has invested in technology to build an advanced network that delivers among the fastest broadband speeds, and brings customers personalized video, communications and home management offerings.  Comcast Corporation (Nasdaq: CMCSA) is a global media and technology company.  Visit www.comcastcorporation.com for more information. 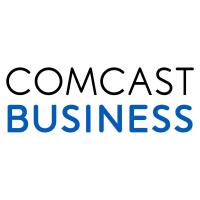