The Community Foundation of Eastern Connecticut announced today that President & CEO Maryam Elahi will receive an Honorary Degree of Doctor of Humane Letters from Eastern Connecticut State University at the Commencement Exercises on Saturday, May 15, 2021.

Prior to joining the Community Foundation in 2013 and for more than 25 years, Elahi served in positions of leadership in the international human rights community as an advocate, teacher, and grant-maker.

Elahi is a graduate of the Fletcher School of Law and Diplomacy at Tufts University, Boston College Law School, and Williams College. She is also on the advisory boards of numerous international human rights organizations. She was a former chair of the International Human Rights Committee of the American Bar Association and previously served on the boards of the Women's Commission for Refugee Women and Children, Center for Justice and Accountability, and ACLU of CT.

Elahi noted, “I am honored by this recognition from Eastern Connecticut State University and proud to be a part of the graduation ceremony for the Class of 2021.”

Elahi will also be a speaker at the Commencement Exercises for the 2021 Graduate Students.

About the Community Foundation
Serving 42 towns and comprised of over 570 charitable funds, the Community Foundation of Eastern Connecticut puts philanthropy into action to address the needs, rights and interests of the region, focusing on four priority areas: empowering youth, promoting basic needs and rights, preserving the environment, and advancing animal welfare. The Foundation manages a permanent community endowment and has awarded more than $72 million in grants and scholarships to nonprofits and students since its founding in 1983. To learn more, visit cfect.org. 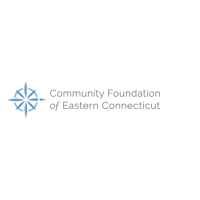