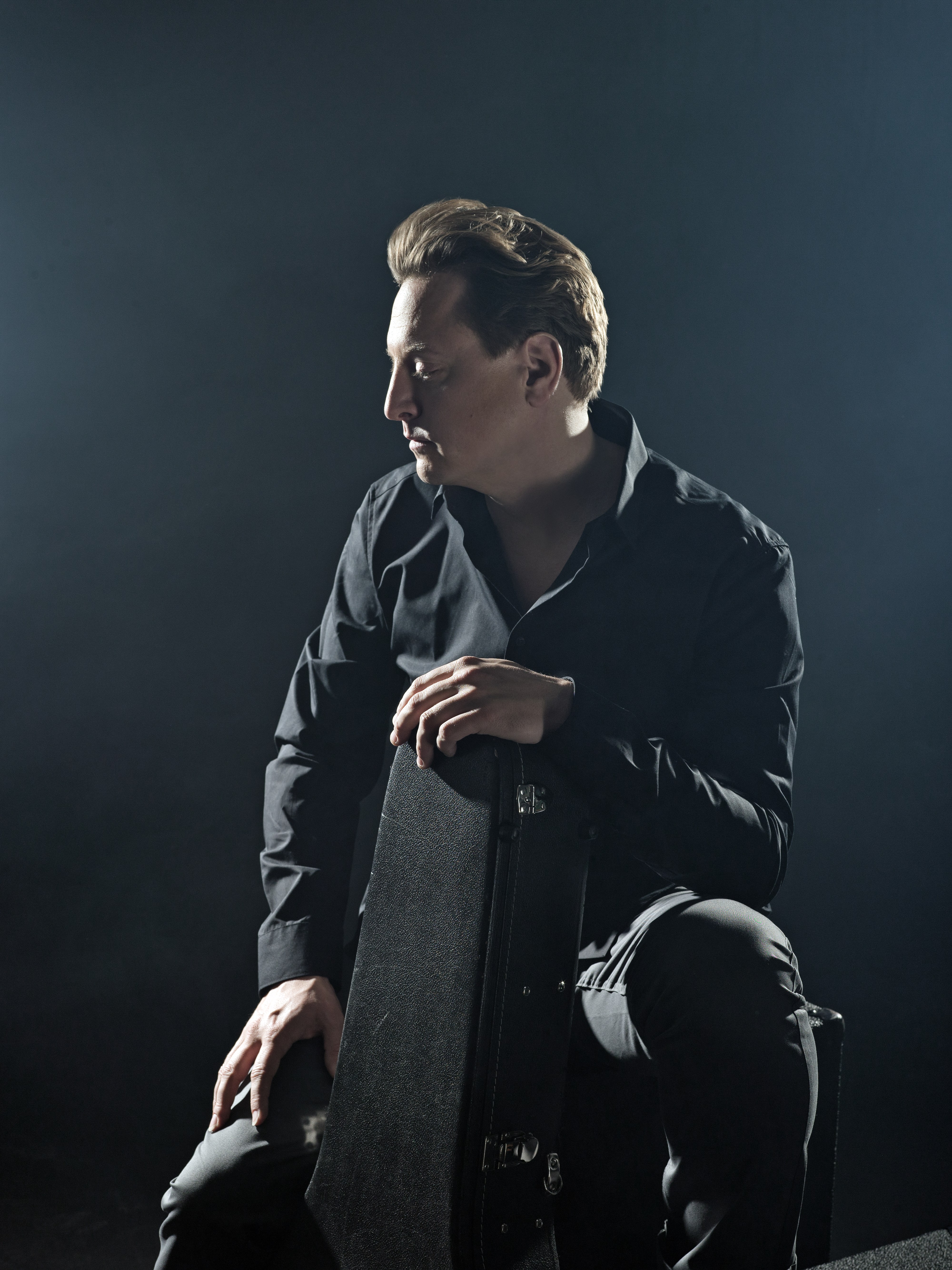 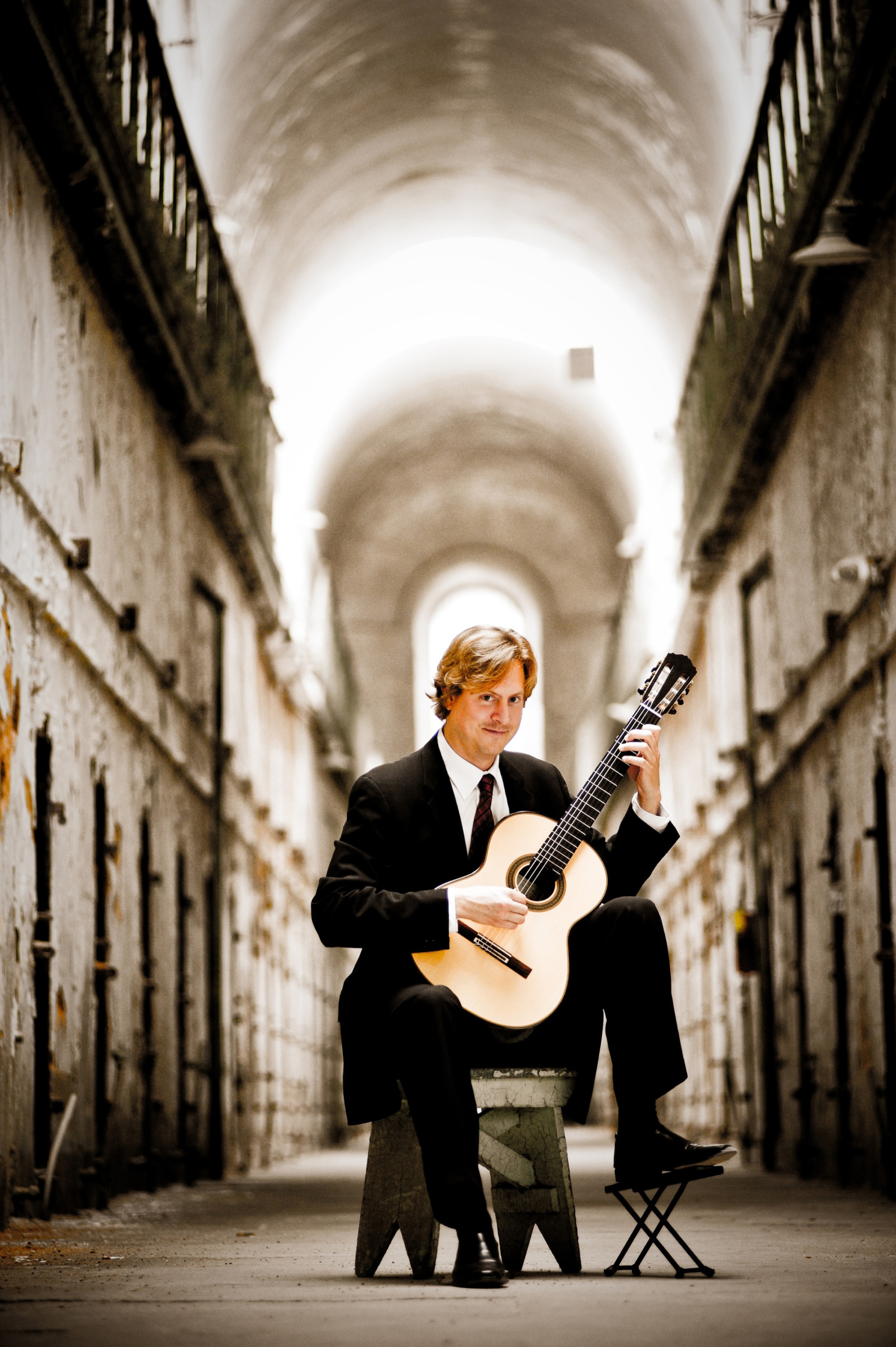 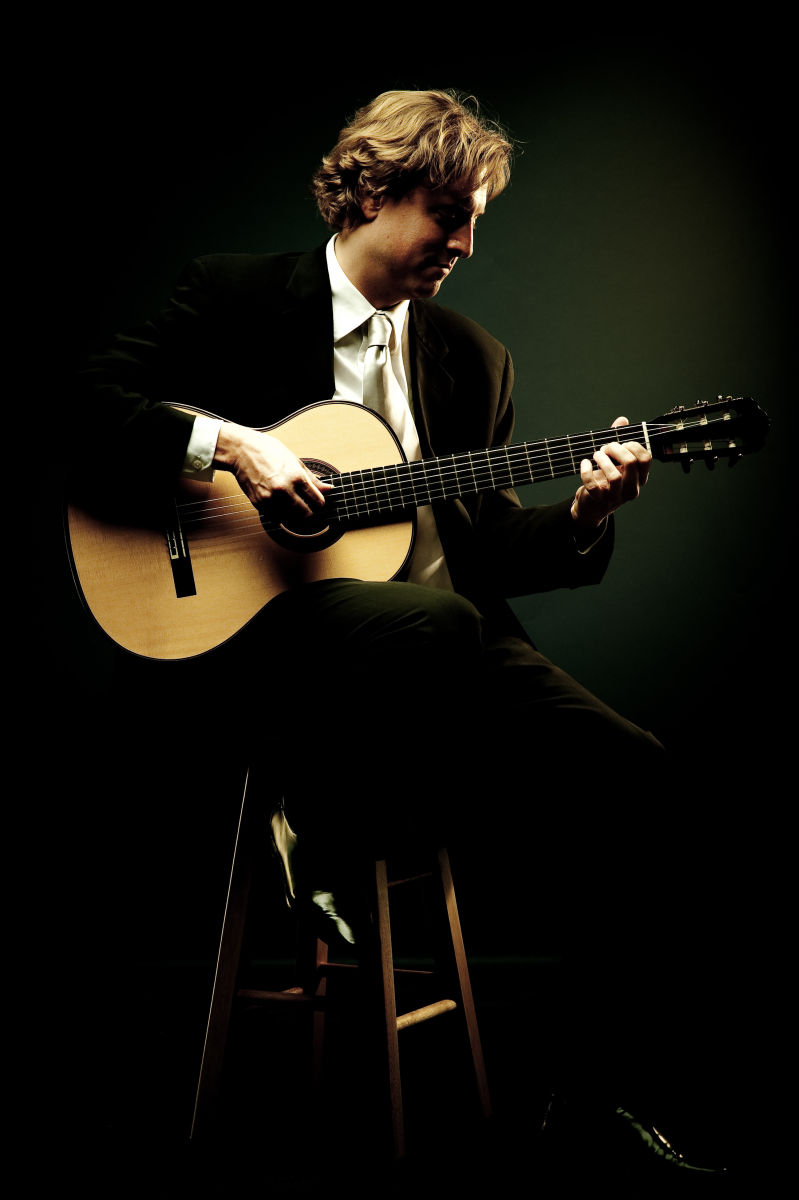 The 2019-2020 season continues with an exciting program that features a Grammy Award winner and timeless compositions. Edward Elgar’s concert overture In the South opens the program with a boisterous theme re-purposed from another work, that joyfully expresses his experiences with his family in Italy. The soloist for the evening is Grammy-winning guitarist Jason Vieaux. Vieaux performs Joaquín Rodrigo’s well known Concierto de Aranjuez.

“Perhaps the most precise and soulful classical guitarist of his generation.”– NPR

Rodrigo was blinded at a very young age, but this challenge did not hinder him from composing his gold standard guitar concerto, inspired by the sounds and fragrances of the Royal Gardens of Aranjuez, Spain. Johannes Brahms’ Symphony No. 2 finishes out the evening. Written not long after his first symphony, at the inspiring backdrop of a vacation in Pörtschach, Austria, Brahms let the environment influence his cheery symphony which will sweep the audience away with its jubilance.

Prior to the evening’s concert, all attendees are invited to a free pre-concert chat with Toshiyuki Shimada starting at 6:30pm. All attendees are also invited to meet and greet with fellow concertgoers and ECSO musicians at the complimentary post-concert reception in the upper lobby of the Garde Arts Center.

This concert is generously sponsored by Lawrence + Memorial Hospital.

Single tickets ($35 – $65) for the Eastern Connecticut Symphony Orchestra’s 2019-20 season are now on sale to the public. Tickets can be purchased online at gardearts.org, by calling the Garde Arts Center Box Office at 860-444-7373 x 1, calling the Symphony office at 860-443-2876, or in person at the Eastern Connecticut Symphony office at 289 State Street, New London, CT. Subscription packages, which offer ticket exchange, savings, and other benefits are still available. Discounts available for senior citizens and $12 tickets available for anyone Under 40 and active or retired military members.

Grammy-winner Jason Vieaux, “among the elite of today's classical guitarists” (Gramophone), is the guitarist that goes beyond the classical. NPR describes Vieaux as “perhaps the most precise and soulful classical guitarist of his generation.” Among his extensive discography is the 2015 Grammy Award winning album for Best Classical Instrumental Solo, Play.

Vieaux has earned a reputation for putting his expressiveness and virtuosity at the service of a remarkably wide range of music, and his schedule of performing, and studio recording commitments is distinguished throughout the U.S. and abroad. His solo recitals have been a feature at every major guitar series in North America and at many of the important guitar festivals in Asia, Australia, Europe, and Mexico.

In the 2019-2020 season, Vieaux returns to San Francisco Performances for a solo recital in the Herbst Theatre and to the Ellnora Guitar Festival. He will perform at Wolf Trap with the Escher Quartet, and give concerto performances with the Buffalo Philharmonic, New Mexico Symphony, New West Symphony, Bakersfield Symphony, and Kentucky Symphony.

Vieaux’s latest CD release, Dance (Azica) with the Escher Quartet, includes works by Boccherini, Castelnuovo-Tedesco, and Aaron Jay Kernis. His premiere recording of Jonathan Leshnoff’s Guitar Concerto with the Nashville Symphony (Naxos) was also released in 2019. Later this season, he will release a new solo Bach recording on Azica. Previous albums include Jeff Beal’s “Six Sixteen” Guitar Concerto with the Norrköping Symphony Orchestra (BIS); Infusion (Azica), a collaboration with bandoneonist Julien Labro featuring the duo’s original arrangements of Leo Brouwer, Piazzolla, Radamés Gnattali, Pat Metheny, and Tears for Fears’ Everybody Wants to Rule the World; Ginastera’s Guitar Sonata, which is featured on Ginastera: One Hundred (Oberlin Music) produced by harpist Yolanda Kondonassis; and Together (Azica), a duo album with Kondonassis. Of his Grammy-winning solo album Play, Soundboard Magazine writes, “If you ever want to give a friend a disc that will cement his or her love for the guitar, this is a perfect candidate,” while Premier Guitar claims, “You’d be hard pressed to find versions performed with more confidence, better tone, and a more complete understanding of the material.”

Previous albums include a recording of Astor Piazzolla’s music with Julien Labro and A Far Cry Chamber Orchestra; Bach: Works for Lute, Vol. 1, which ranked highly on Billboard’s Classical Chart after its first week and received rave reviews by Gramophone, The Absolute Sound, and Soundboard; Images of Metheny, featuring music by American jazz legend Pat Metheny (who after hearing this landmark recording declared: “I am flattered to be included in Jason's musical world”); and Sevilla: The Music of Isaac Albeniz, which made several Top Ten lists the year of its release. Vieaux’s albums and live performances are regularly heard on radio and internet worldwide, and his work is the subject of feature articles in print and online, including such magazines as Acoustic Guitar, MUSO,Gramophone, and on NPR’s “Deceptive Cadence.” Vieaux was the first classical musician to be featured on NPR’s popular “Tiny Desk” series, on which he made a rare repeat performance in 2015 with Yolanda Kondonassis.

In 2012, the Jason Vieaux School of Classical Guitar was launched with ArtistWorks Inc., an unprecedented technological interface that provides one-on-one online study with Vieaux for guitar students around the world. In 2011, he co-founded the guitar department at the Curtis Institute of Music, and in 2015 was invited to inaugurate the guitar program at the Eastern Music Festival. Vieaux has taught at the Cleveland Institute of Music since 1997, heading the guitar department since 2001.

Vieaux is affiliated with Philadelphia's Astral Artists. In 1992 he was awarded the prestigious GFA International Guitar Competition First Prize, the event's youngest winner ever. He is also honored with a Naumburg Foundation top prize, a Cleveland Institute of Music Distinguished Alumni Award, and a Salon di Virtuosi Career Grant. In 1995, Vieaux was an Artistic Ambassador of the U.S. to Southeast Asia. His primary teachers were Jeremy Sparks and John Holmquist.

We are thrilled to announce our 73rd season’s lineup, curated by Music Director and Conductor Toshiyuki Shimada. This season marks the 10th anniversary of Music Director and Conductor Toshiyuki Shimada’s tenure at the ECSO. Major repertoire selections from Dvořák, Copland, Gershwin, Beethoven, Brahms, Rachmaninoff and many more will bring a thrilling range of sounds to the Garde stage. In addition to these timeless composers, we will be bringing in two world-renowned Turkish artists for a unique program highlighting Turkish culture and one of Mozart’s masterpieces. Grammy Award-winning guitarist, Jason Vieaux, will join us for Joaquín Rodrigo’s Concierto de Aranjuez. The Eastern Connecticut Symphony Chorus takes the stage twice for famed New London composer Charles Frink’s John Henry and William Walton’s Belshazzar’s Feast. We are also partnering with another local treasure, the New London Big Band, for a program highlighting American composers.