Leap into your seat for this Leap Day concert featuring works by Mozart, Beethoven, and pieces and performers from Turkey. Throughout his career, Music Director and Conductor, Toshiyuki Shimada has visited Turkey to conduct many of the country’s leading orchestras. These collaborations have connected Toshi with some of the country’s most gifted artists. The evening opens with the orchestra performing Esintiler (Inspirations) a work by one of Turkey’s most beloved composers Ferit Tüzün. Soloists for the evening are Çağatay Akyol, harpist, and Bülent Evcil, flutist.

The duo will be featured on Wolfgang Amadeus Mozart’s Concerto for Harp and Flute. This is Mozart’s only concerto for harp, and the pairing of flute and harp was seen as an unusual combination at the time. Following intermission, Toshi and the orchestra perform Ludwig van Beethoven’s Symphony No. 7, one of the composer’s most popular works. Music from this symphony has been used in many television shows and movies such as Mr. Holland’s Opus, The King’s Speech, X-Men: Apocalypse, and Cosmos. In Beethoven’s time, the 2nd movement was so well liked by the audience that it was encored at the work’s debut in 1813.
Prior to the evening’s concert, all attendees are invited to a free pre-concert chat with Toshiyuki Shimada starting at 6:30pm. All attendees are also invited to meet and greet with fellow concertgoers and ECSO musicians at the complimentary post-concert reception in the upper lobby of the Garde Arts Center.

This concert is generously sponsored by Chelsea Groton Bank.

Single tickets ($35 – $65) for the Eastern Connecticut Symphony Orchestra’s 2019-20 season are now on sale to the public. Tickets can be purchased online at gardearts.org, by calling the Garde Arts Center Box Office at 860-444-7373 x 1, calling the Symphony office at 860-443-2876, or in person at the Eastern Connecticut Symphony office at 289 State Street, New London, CT. Subscription packages, which offer ticket exchange, savings, and other benefits are still available. Discounts available for senior citizens and $12 tickets available for anyone Under 40 and active or retired military members. 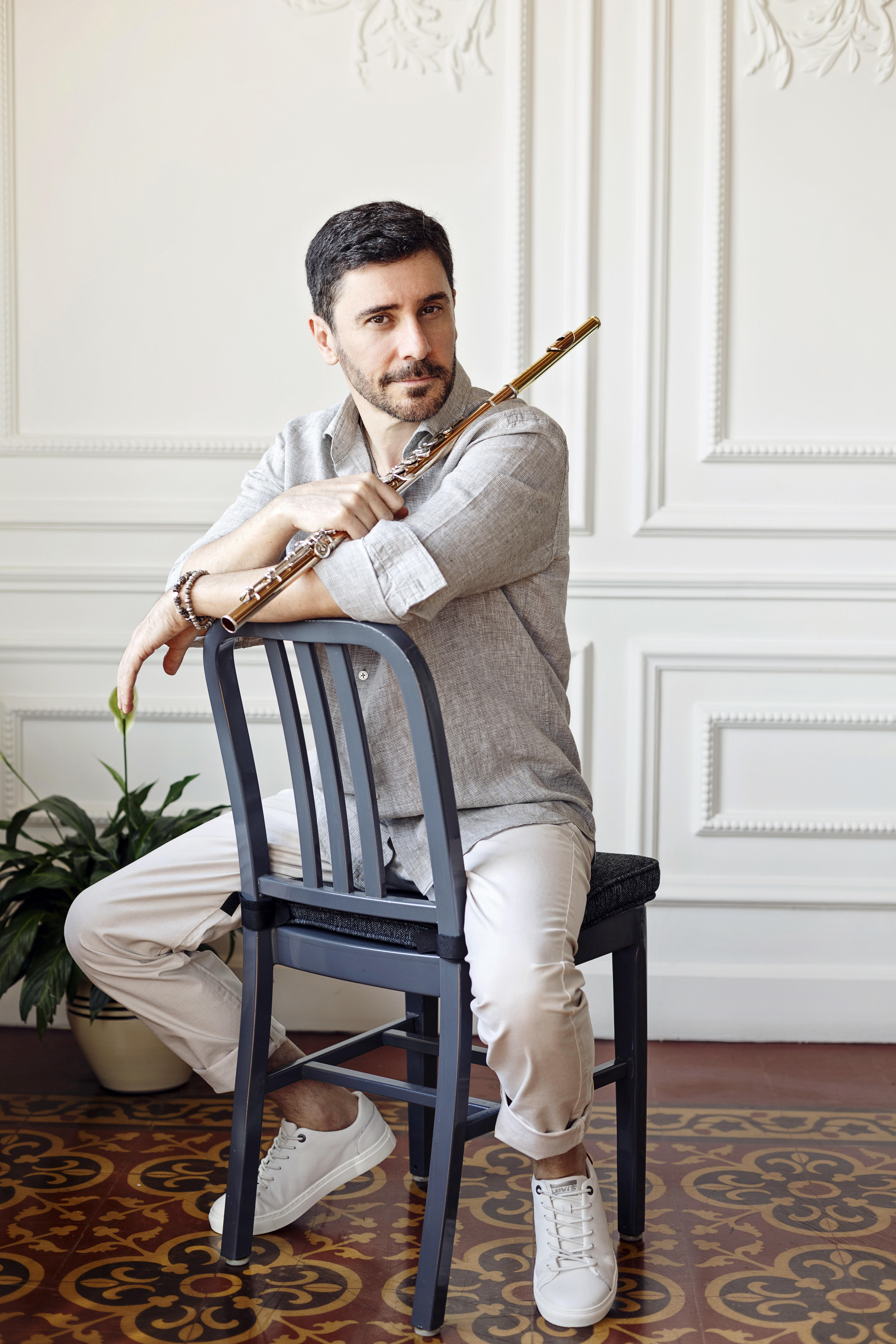 Bülent Evcil is a Turkish solo flutist and the winner of the Royal Belguim Encouragement Medal of Art. Born in Istanbul in 1968, Evcil started his flute training at the State Conservatoire of Mimar Sinan University and graduated with the highest distinction in 1988. That same year, he continued his studies at the Brussels Royal Conservatoire, graduating in 1992 with the Diplome Superieur avec Grand Distinction for Flute, winning the Premiere Prix for chamber music. He received the Künstlerische Ausbildung (Efficiency in Art) degree with the highest distinction in 1996 at the Heidelberg - Mannheim Music Academy.

Evcil studied with flute virtuoso Sir James Galway, who described him as “one of the best flutists of his generation.” He has worked as solo flutist in various symphony orchestras, including: Arturo Toscanini Philharmonic, Murcia State Symphony, São Paulo State Symphonie Orchestra, Istanbul State Opera and State Symphony, and Istanbul Borusan Philharmonic Orchestra. He has worked with such conductors as Lorin Maazel, Alexander Rahbari, Igor Oistrakh, and Emil Tabakov. Evcil released the albums Tango Zamani (Time for Tango, 2008) and Orta Doğu Minyatürleri (Middle Eastern Miniatures, 2012) on the Kalan Music label. He is also the solo flautist in Fazil Say’s Mezopotamia Senfonisi (Mesopotamia Symphony, 2013). His last album, The Flute Virtuoso, was released in 2016.

He is currently the assistant principal flute of the Istanbul State Symphony Orchestra and solo flutist of the Borusan Istanbul Philharmonic. He performs in such diverse countries as Belgium, Germany, Austria, Italy, Hungary, Poland, USA, Ukraine, Switzerland, Brazil, and Turkey, and has taken part in the music festivals of Kraków, Bayreuth, Lemberg and Istanbul. Evcil seeks to expand the popularity of his instrument, and is proud to represent his music and his country on the international stage.

In 2006, Çağatay was invited to Felix Godefroid International Harp Competition as juror. Between 2008 and 2010 he performed as guest artist in the Mahler Chamber Orchestra. Three Turkish composers have dedicated their works to Çağatay: Nejat Basegmezler (Harp Concerto); Mahir Çetiz (Instant Dream for Solo Harp); and Hasan Tura (Trio for Harp, Flute & Viola).

He is an artist of the Kalan Music recording company and has recorded two albums: Lyric, Harp and Recorder, (November 2004); and Harp and Violin with Cihat Askin, (July 2009). In 2011, he participated in a EU Project called Hattushah based on Hittite music in Anatolia. He founded the duo Arpanatolia with Turkish musician Ferhat Erdem in May 2012. In the 2018-19 season, Çağatay was invited to perform in Canada, Russia, Bulgaria, Italy, Ukraine, USA, Japan, and Germany.

He is currently the resident solo harpist of the PSO.

2019-20 Season general copy:
We are thrilled to announce our 73rd season’s lineup, curated by Music Director and Conductor Toshiyuki Shimada. This season marks the 10th anniversary of Music Director and Conductor Toshiyuki Shimada’s tenure at the ECSO. Major repertoire selections from Dvořák, Copland, Gershwin, Beethoven, Brahms, Rachmaninoff and many more will bring a thrilling range of sounds to the Garde stage. In addition to these timeless composers, we will be bringing in two world-renowned Turkish artists for a unique program highlighting Turkish culture and one of Mozart’s masterpieces. Grammy Award-winning guitarist, Jason Vieaux, will join us for Joaquín Rodrigo’s Concierto de Aranjuez. The Eastern Connecticut Symphony Chorus takes the stage twice for famed New London composer Charles Frink’s John Henry and William Walton’s Belshazzar’s Feast. We are also partnering with another local treasure, the New London Big Band, for a program highlighting American composers.