Mashantucket, CT – Foxwoods® Resort Casino, the Northeast’s premier entertainment destination, is springing into the season this April with star-studded performances at the Grand and Fox Theaters. From acclaimed musical artists, to comedic trendsetters and renowned circus troupe performances, audiences of all ages can enjoy the Wonder Of It All at Foxwoods this month! For some after-hours fun, head to SHRINE where the hottest EDM DJs will be spinning their favorite tracks on the turntables. 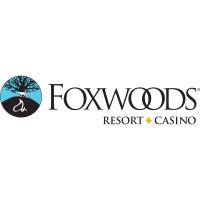