March Heats Up with GRAMMY Award-Winning Music and Comedy Superstars

Mashantucket, CT – Got a case of Spring Fever? Foxwoods® Resort Casino, the Northeast’s premier entertainment destination, is continuing its 25th Anniversary celebrations all month long with a lineup of must-see entertainment performances to help shake off the winter chill. With a slate of GRAMMY Award-winning musical acts and world renowned comedians set to wow guests at the state-of-the-art Grand and Fox Theaters, there is truly something for all to enjoy this March as we usher in springtime! 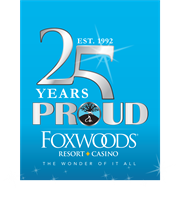