This article originally appeared in the Hartford Business Journal on July 30, 2018.

When Tony Sheridan immigrated to New London from County Meath, Ireland back in 1964, one of his first jobs was as a plumber. His reasoning, he says, was simple.

"We had no plumbing at our house in Ireland," Sheridan said. "That was one of the things we always wished for … but where I grew up in Ireland, you've got to go to the well, and get a bucket of water."

Sheridan traded in his plunger and wrench decades ago. Today, he leads the Chamber of Commerce of Eastern Connecticut and just started an unpaid secondary gig as chairman of the Connecticut Airport Authority (CAA).

On a recent afternoon, Sheridan sat behind his desk at the chamber's Waterford headquarters in an office decorated with photos, awards and a plaque commemorating his time as president of the local Plumbers and Pipefitters union from 1972 to 1974. The previous day, he had breakfast and two meetings in Dublin, Ireland, before flying back to Connecticut for dinner with his wife.

"It's doable," Sheridan said of spending a morning in Ireland and night in Connecticut, thanks to Aer Lingus' nonstop flight to Dublin out of Bradley International Airport.

The trip was fitting for Sheridan whose job as CAA chair — among other responsibilities — is to promote and leverage the state's only direct air route to Europe.

Aer Lingus' nonstop flight to Dublin debuted in 2016 with nearly 30 chamber members in tow to show support. The long-term success and viability of the trans-Atlantic service is seen as a barometer of the strength of Connecticut's economy and business community.

Since his days as a plumber, Sheridan earned bachelor's and master's degrees — from Connecticut College and the University of New Haven, respectfully — worked as a local politician and community relations manager before taking his job at the chamber. His constant upward mobility, he said, comes from a deep-seated desire to succeed — which he attributes to a refusal to fail in America.

"The vast majority of immigrants … are eager to be successful," Sheridan said. "So, that drives most immigrants."

Organizing people has always been Sheridan's strong suit, he said. He first got involved with local politics as a reaction to a decision by Waterford's board of education to close down a neighborhood school. That move angered a large portion of the townspeople, Sheridan included.

Sheridan established and led a local movement called Save Our Schools. The group printed out badges, raised money and lobbied voters to cast ballots against school board members up for reelection. That year, all board members on the ballot lost.

"I came to the conclusion that you really could get things done," Sheridan said.

A couple years later, in 1989, he was elected First Selectman, a position he held for eight years that entrenched him deeply into the Eastern Connecticut political and business community.
In 2002, Sheridan was a community relations manager for energy producer Dominion, and served on the Eastern Connecticut Chamber. He eventually took over the chamber's top job when the position opened up in 2002.

Since taking over as chamber CEO, Sheridan says he has worked to modernize the group's operations. When he started, the chamber put out several print publications, a labor-intensive effort. They're now down to one print product — the Community Concierge — which Sheridan predicts will eventually be phased out.

His role as chamber chief is how he became associated with Gov. Dannel P. Malloy, who appointed him chair of the Airport Authority's board. He officially started July 1.

He enters into the job just a few months after officials at Bradley International Airport recommended a 20-year, $1.4 billion master plan that includes building a new terminal, creating a ground transportation facility that centralizes car rentals and ultimately adding millions of passengers per year.

"I think it's essential, and it's going to happen," Sheridan said of the set of projects proposed by the quasi-public CAA. "I'm going to be very supportive of that whole effort, it'll pay dividends for us (in the business community)."

Plus, Sheridan said, the Aer Lingus flight is key, not just for people traveling to Ireland as a destination, but also as a connecting flight to other nearby international cities.

"The beauty of Aer Lingus is it has amazing connections to the rest of Europe and Asia," Sheridan said. "I went to Birmingham (England) not too long ago, I got to Dublin for $500 round trip, and I got from Dublin to Birmingham for 27 (euros) on Ryanair."

In addition, Sheridan believes that with the advent of Brexit, American companies will find it beneficial to move their European headquarters to Dublin; a short trip from England, but still in the eurozone.

For now, Sheridan intends to take some time to learn as much as possible about Connecticut's airport system. Asked about his priorities for the CAA, he says he's not yet sure. But like most other positions he's held, he'll figure it out.

"You'll have to give me a couple months, and then come back and ask me that question," Sheridan said.

Check out a video clip of Tony Sheridan's interview at hartfordbusiness.com. 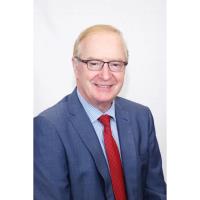