IRS reminder: Taxpayers can help determine the right amount of tax to withhold from their paychecks

June 17, 2019
Business
WASHINGTON — The Internal Revenue Service encourages taxpayers to look at their tax withholding now to take charge of their tax situation and avoid a surprise at tax time next year. Doing a Paycheck Checkup now using the IRS Withholding Calculator means taxpayers have the majority of the year to spread out any changes they make to their withholding.
The agency said the average tax refund was $2,729 for tax year 2018. While some taxpayers may find it advantageous to get a large tax refund, others may wish to have more of their money in their paychecks throughout the year. Whatever the goal, the IRS wants taxpayers to know that while taxes must be paid as income is earned during the year, either through withholding or estimated tax payments, they can make adjustments that will influence the size of their refund.
Tax reform changes
The Tax Cuts and Jobs Act of 2017 made significant changes that affected almost every taxpayer. Most changes took effect in 2018 and taxpayers first noticed them on the tax return they filed earlier this year.
The new law increased the Child Tax Credit from $1,000 to $2,000 per qualifying child, while also raising the income limits for the credit. This means more people will now qualify for the Child Tax Credit. There is also a new $500 credit for older dependent children and qualifying relatives. While the tax-law changes nearly doubled the standard deduction, they also suspended personal and dependency exemptions that existed in the past. Because of these changes, fewer taxpayers itemize their deductions, and new limits apply to many of these deductions. These restrictions apply to state and local taxes, mortgage interest and miscellaneous itemized deductions, and higher limits apply to charitable contributions.
As a result, many taxpayers ended up receiving 2018 refunds that were larger or smaller than expected. Others found they owed additional tax when they filed. For that reason, taxpayers may need to raise or lower the amount of tax they have taken out of their pay.
While a withholding check is a good idea any year, the IRS also encourages taxpayers who have a change in life circumstances to do a Paycheck Checkup. Personal changes that may affect taxes include marriage or divorce, birth or adoption of a child, or the ‘aging out’ or loss of a dependent.
Using the Withholding Calculator
The Withholding Calculator helps taxpayers get their tax withholding right by making sure these and other tax changes are taken into account. Taxpayers enter their deductions and credits into the online tool, as well as estimate income from other sources, such as a spouse, bank interest, second jobs and gig-economy employment. To use the Withholding Calculator most effectively, taxpayers should have a copy of their 2018 tax return, as well as a recent paystub for themselves and their spouse if married and filing jointly.
The Withholding Calculator will recommend the number of allowances that a taxpayer should claim on a Form W-4. In some instances, it will recommend that the employee also have an additional flat-dollar amount withheld from each paycheck.
While the Withholding Calculator is primarily designed for taxpayers who earn wages, it can also benefit those with pension and annuity income.
If the Withholding Calculator suggests a change, the employee should fill out a new Form W-4 and give it to their employer as soon as possible. Similarly, recipients of pensions and annuities can make a change by filling out Form W-4P and giving it to their payer. They should not send these forms to the IRS. For more information, visit the Withholding Calculator, available on IRS.gov
Estimated taxes
Some workers are considered self-employed and are responsible for paying taxes directly to the IRS. Often, this includes people involved in the gig or sharing economy. One way to pay taxes directly to the IRS is by making estimated tax payments during the year. The next deadline for tax year 2019 estimated taxes is June 17.
The TCJA also changed the way tax is calculated for those with substantial income not subject to withholding. As a result, many taxpayers may need to raise or lower the amount of tax they pay each quarter through the estimated tax system.
The revised estimated tax package, Form 1040-ES, on IRS.gov is designed to help taxpayers figure these payments correctly. The package includes a quick rundown of key tax changes, income tax rate schedules for 2019 and a useful worksheet for figuring the right amount to pay.
More information:
• FS-2019-4: Tax withholding: How to get it right
• FS-2019-6: Basics of estimated taxes for individuals 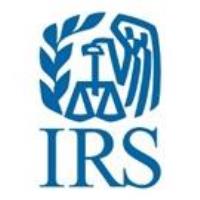