Eastern CT – The Chamber of Commerce of Eastern CT has announced that a limited number of tickets remain for the Citizen of the Year Celebration Honoring Rodney Butler, taking place Friday, May 17, 2019 from 5:30 to 9:00 p.m. at the Grand Ballroom at Foxwoods Resort Casino. Tickets are available for $85 per person and can be purchased by visiting ChamberECT.com/coy or calling (860) 701-9113.

The Citizen of the Year award is presented annually to an extraordinary individual for outstanding contributions to eastern CT’s civic and business community.

Rodney Butler’s nomination reflects many significant accomplishments as Chairman of the Mashantucket Pequot Tribal Council and Interim CEO of Foxwoods Resort Casino. In these roles, Butler has led efforts to stabilize and revitalize Foxwoods Resort Casino, a leading economic driver within the eastern CT region and one of the state’s largest employers.

Butler’s leadership has helped elevate Foxwoods as one of the top attractions in the country, earning numerous accolades including “Best Casino Outside of Las Vegas” by USA Today, AAA Four-Diamond Awards, Green Lodging awards, and many others.

By elevating Foxwoods’ national profile, Butler helped shine the spotlight on eastern CT as a top destination for domestic and international travelers, as well as a great place in which to live and do business.

With Butler at the helm, the Mashantucket Pequot Tribal Nation and Foxwoods provide an outpouring of support to the non-profit community and the state's economy. In an unprecedented partnership with the Mohegan Tribe, Butler is helping lead efforts to open a third casino in Connecticut.

On top of his dual roles with the Mashantucket Pequot Tribe and Foxwoods, Butler also serves as Chair of the Board for the United Way of Southeastern CT, is a Director for Mystic Aquarium, and is a member of the Lawrence + Memorial Community Hospital Council.

“Rodney Butler is a devoted individual who gives generously of his time and talent to the region,” said Tony Sheridan, President & CEO of the Chamber of Commerce of Eastern CT. “Whether it’s making enormous contributions to the economy, leading a team of over 6,500 people, or giving back to the community through many charitable efforts, Rodney is a figure whose work truly benefits all of us. The Chamber is honored to recognize him on May 17.”

The evening features Bill Stanley of L+M Hospital/Yale New Haven Health as the Master of Ceremonies. The schedule of events includes:

For the latest ticket availability and sponsorship information, visit ChamberECT.com/coy or call (860) 701-9113.
* * *
About the Chamber of Commerce of Eastern Connecticut:
The Chamber of Commerce of Eastern Connecticut is a collaborative of business and community leaders dedicated to securing and enhancing the economic vitality of eastern Connecticut. The Chamber works to create value for its members and the region by providing forums for business networking, leadership and discussions of issues that affect the region; providing opportunities for members to showcase their products, services and accomplishments; helping small businesses succeed through educational programs; and working to reduce the costs of doing business in Connecticut. 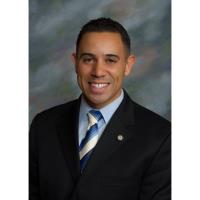