UConn’s Jorgensen Center for the Performing Arts will continue the second half of the 2020-2021 season with concerts from around the world on its virtual platform: Jorgensen Digital Stage. The concerts that make up the spring 2021 season are streaming from Australia, Germany – and even on Jorgensen’s own stage in Storrs, Connecticut.

Rodney Rock, Jorgensen Director, said he is pleased with the upcoming spring 2021 season and is eager to continue growing the Jorgensen Digital Stage platform.

“I’m thrilled to be back for another virtual season, so we can provide much needed entertainment for all of our patrons,” Rock said. “In such unprecedented times, it gives me great joy that Jorgensen can share a sense of cultural stimulation for so many, even well beyond Storrs.”

The spring season will include a mix of chamber, contemporary and genre-bending music. Patrons can purchase tickets for all of the livestream events from the Jorgensen website: jorgensen.uconn.edu.

In addition to the livestream concerts, Jorgensen is launching its Arts and Activism Speaker Series that serves as a platform for artists to educate and spread awareness on current social justice issues. During the spring semester, Jorgensen will be co-sponsoring lectures with the following UConn organizations: the African American Cultural Center, the Asian American Cultural Center, and the Digital Media and Design program in the School of Fine Arts.

“Jorgensen has a long history of partnering with all of the university’s cultural centers and academic departments,” Rock said. “With the rich amount of knowledge and resources throughout the UConn community, it is only right to develop an activism series that merges art and social justice issues that can bring these issues to the foreground.”

An Evening with Ben Folds
Livestream from Australia
Thu, March 4, 8:00 pm EST
Post-Performance Q&A
Tickets: $20 per device
Grammy-award winning music influencer, Ben Folds, has created an enormous body of music that includes pop albums with Ben Folds Five, multiple solo albums, and numerous collaborative records. His last album was a blend of pop songs and his Concerto for Piano and Orchestra that soared to #1 on both the Billboard classical and classical crossover charts. For over a decade, he’s performed with some of the world’s greatest symphony orchestras. Kronos Quartet: 50 for the Future
Presented by the Lenard Chamber Music Series
Thu, March 18, 7:30 pm EST
Tickets: $15 per device
Jorgensen Center for the Performing Arts is a co-commissioner of 50 for the Future: The Kronos Learning Repertoire. The mission is to create a public domain library of fifty new works specifically available to help train emerging string quartet musicians. The Kronos Quartet will perform a selection of pieces from the new library of contemporary music in a virtual presentation followed by a dialogue with the quartet and Jorgensen Director, Rodney Rock. Arcis Saxophone Quartet
Presented by the Lenard Chamber Music Series
Fri, March 26, 7:30 pm EST
Livestream from Mannheim, Germany
Post-Performance Q&A with the Quartet
Tickets: $15 per device
Munich’s own Arcis Saxophone Quartet (Claus Hierluksch, soprano saxophone; Ricarda Fuss, alto saxophone; Edoardo Zotti, tenor saxophone; and Jure Knez, baritone saxophone) show their charismatic and authentic stage presence that sets audiences aflame with their spark-throwing enthusiasm and burning passion for this rare form of chamber music.

Their program, American Dreams will capture the musical symbolism of the American way of life.

The one-day summit will feature conversations with Black leaders from the film industry and they will be discussing the efforts to increase diversity in all aspects of Hollywood from screenwriting to post-production.

The Summit events include:

This summit is free and open to all, but registration is required. 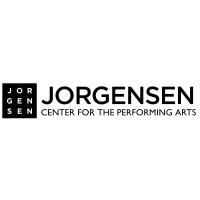