Virtual Q&A on the COVID Vaccine from La Grua Center

Join us for this hour long Q&A where Marianne O'Hare, producer of the nationally syndicated health show Conversations on Health Care and Dr. Marwan Haddad, Medical Director of the Center for Key Populations, will answer your questions about the COVID vaccine.

Registration is free and open to the public. Space is limited. Visit our website to sign up. A link for the talk will be sent to registrants approximately two hours before the start of the event, and then again approximately 15 minutes before the start. In the event this program is sold out, we will be live streaming via our Facebook page. A recording of the talk will also be available on our YouTube channel.

Marianne O’Hare is producer of the nationally syndicated health show Conversations on Health Care which is a production of Community Health Center, Inc., soon to air on legendary New York talk station 710WOR and WFED in Washington, DC. It airs on multiple other stations and digital platforms. The show is hosted by founder and CEO Mark Masselli and Sr. VP Dr. Margaret Flinter. It was launched to promote a greater understanding of the 21st Century transformation underway in American health care, from the passage of the Affordable Care Act in 2009 to the dramatic acceleration of advances in health technology, to the current pandemic crisis, we’ve welcomed more than 560 guests – most of whom are among the brightest influencers in this space:  Dr. Anthony Fauci, NIH Director Dr. Francis Collins, Surgeon General Dr. Vivek Murthy and recent CMS Administrator Seema Verma.
Marianne’s journalistic track began pretty early in her hometown of Rochester, NY, first writing for her high school newspaper, securing internships at local radio and television stations before she was able to legally drive. While studying journalism and political science at Syracuse University, she secured a job as a copy assistant in multiple languages at the United Nations. After completing her training at the Newhouse School of Communications at SU, she spent many years as a radio journalist - as reporter and news anchor, morning show co-host and News Director, and syndicated arts journalist and long-time Entertainment Editor for CRN International. She also worked as an arts stringer for other global entities like the ABC Radio Network. During that time she interviewed many luminaries of the day: Beatles, Rolling Stones, Allmans, visual artists like Christo and Sol LeWitt, and many jazz legends including Oscar Peterson, Dave Brubeck, Lionel Hampton and Pat Metheny.
Marwan Haddad is the Medical Director of the Center for Key Populations. He joined Community Health Center, Inc. in July 2006. He received his Bachelor of Arts degree from Harvard College and his medical degree from McGill University. He completed his family medicine residency at University of Toronto and obtained his Masters in Public Health from Johns Hopkins University. He is board certified in Family Medicine. He is certified by the American Academy of HIV Medicine as an HIV specialist. He was also the recipient of the 2011 Primary Care Leadership Award presented by the Connecticut Center for Primary Care. Marwan is an Assistant Clinical Professor of Family Medicine at Quinnipiac University. Since January 2012, Marwan has led the CHC Project ECHO HIV, Hepatitis C, and Buprenorphine programs which expand the integration of these programs not only within CHC but nationwide. This model of care utilizes didactic and case-based learning via video conferences with medical providers, offering ongoing support, consultation and guidance to aid in delivering care to the HIV, Hepatitis C, and opioid using populations. Moreover, Marwan has taught and lectured at state and national conferences on HIV, Hepatitis C, medication assisted treatment and substance use management, and integrated care. He has published research on the integration of medication assisted treatment such as buprenorphine in community health centers examining both substance use as well as primary care outcomes. 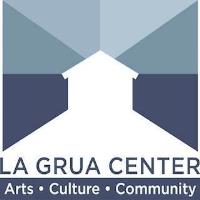