The Travelers Championship today announced that Marc Leishman and Justin Rose have committed to play in the 2021 tournament. Both players earned top-10 finishes with impressive performances at the Masters just two weeks ago.

“Adding stars like Marc, who is a past champion here and multiple winner on the PGA TOUR, and Justin, who has an outstanding track record of his own including a major championship to his name, further strengthens our growing field of great players,” said Travelers Championship Tournament Director Nathan Grube. “Our event is shaping up to deliver an exciting week of competition and we’re thrilled about how it is coming together.”

Marc Leishman earned his first victory on the PGA TOUR at the 2012 Travelers Championship, erasing a six-shot deficit by shooting a final-round 62 to win by one stroke. Leishman has added four TOUR victories since then. He tied for fifth at the 2021 Masters, has played in each of the past four Presidents Cups on the International team and will be making his 11th appearance in the Travelers Championship.

Justin Rose won a gold medal at the 2016 Summer Olympics and is a 10-time winner on the PGA TOUR, highlighted by his victory at the U.S. Open in 2013. He finished seventh at the 2021 Masters, his best finish of the season. Rose has eight victories on the European Tour, as well as wins in South Africa, Japan, Australia and Indonesia. Rose turned pro at age 17, one day after he tied for fourth as an amateur at the 1998 Open Championship. He has been a member of the European Ryder Cup team five times, and has spent 13 weeks at No. 1 in the Official World Golf Ranking. This will be Rose’s 10th appearance in the Travelers Championship.

“Marc and Justin aren’t just great players, they are great people, and I’m looking forward to seeing them in June,” said Andy Bessette, Executive Vice President and Chief Administrative Officer at Travelers. “Marc’s come-from-behind victory in 2012 is a great memory. There’s no doubt there will be plenty more memorable moments this summer, including raising significant money for charity.”

Grube added, “I know our fans are eager for more information on how to get tickets, and we plan to have an update available on that in the weeks ahead, as we continue to work with the PGA TOUR and local health officials about the on-site experience.”

Leishman and Rose join defending champion Dustin Johnson, Bryson DeChambeau, Patrick Reed, Brooks Koepka and Bubba Watson in the field for the 2021 Travelers Championship, which will be held June 21-27 at TPC River Highlands in Cromwell, Connecticut. 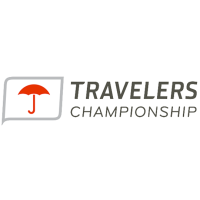