When Rodney Butler turned 42 years old earlier this winter, his mom posted a touching tribute on her Facebook page. She noted his various business roles – he’s the chairman of the Pequot Tribal Council and interim CEO of Foxwoods Resort Casino – but said the thing her son loves to do the most is spend time with his family.
She wrote: “He’s the most laid-back young man with a big, caring heart and still loves to play video games and throw a football or shoot a basketball when he finds the time.”
Butler’s kindness for others is unwavering; his devoted service to the entire Eastern Connecticut region is unending.
The Chamber of Commerce of Eastern Connecticut named Butler as its 69th Citizen of the Year award-winner – an exceptional choice in the long tradition of great citizens.
The award is presented annually to someone “who has made outstanding strides on behalf of the civic and business community.” Butler will be honored tonight at a dinner celebration at Foxwoods Resort Casino.
Butler’s contributions are many. He has committed his time and energy to various organizations, including serving on the boards of Mystic Aquarium and Roger Williams University. In 2017, the Native American Finance Officers’ Association named Butler Tribal Leader of Year, and last year, Enders Island Retreat Center awarded him the St. Edmund’s Medal of Honor award.
He’s also the chairman of the Board of Directors of United Way of Southeastern Connecticut. He’s been awarded the organization’s Inspiration Award and served as co-chairman of its campaign, helping to increase the number of donors.
Butler has served as chairman of the Tribal Council since 2010. Before his current role, Butler served in 2005-2006 as Tribal Council treasurer.
Since 1993, Foxwoods Resort Casino has contributed more than $4 billion to the State of Connecticut’s economy, according to the chamber. Additionally, Foxwoods has reinvested over $100 million annually into Connecticut through vendor contracts with in-state businesses. Foxwoods currently employs over 6,500 people at their Mashantucket resort casino.
On the day the announcement was made that Butler was the chamber’s Citizen of the Year, chamber President and CEO Tony Sheridan said Butler “has reached out beyond himself in his role to help others.”
For Butler, it has always been about the cause, not the accolades. A self-described “quiet kid” who went to Montville High School and the University of Connecticut, where he played defensive back on the Huskies football team, he was humbled and honored to be named among the other citizens of the year: “It’s just doing the right thing, with the right people, and rowing in the same direction.”
Kevin Brown, the former chairman of the Mohegan Tribal Council, said Butler “made me better.”
“His graceful manner and patience always served as the ice to my fire when we were in very complex negotiations together,” Brown said, “and the manner in which he demonstrated his love for his tribe always set an example for me to try and emulate. That leadership and heart extended from his business effort and tribal nation out into the entire Eastern Connecticut community -- Rodney is enormously deserving of this award.”

Butler is a role model in the community, and we join with others in thanking him for his service. 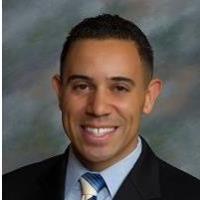