Starting in Q1 2023, State Pier will play a vital role in the fight against climate change, supporting wind turbine staging and assembly for Ørsted and Eversource's portfolio of projects in the Northeast, including South Fork Wind (currently under construction), Revolution Wind, and Sunrise Wind. Collectively, these projects will provide enough clean energy to power more than one million homes in the Northeast.

The redevelopment of State Pier is expected to create more than 400 jobs, including for Connecticut's building trades, by the project's completion early next year. As a staging and assembly hub for Ørsted and Eversource projects, vessel activity will significantly increase at State Pier and generate high-skilled, long-term employment in New London – approximately 100 long-term positions supporting offshore wind turbine staging and assembly.

"It is an honor to welcome Secretary Granholm and Governor Lamont to State Pier, where we will launch Connecticut's next great maritime industry and help deliver a clean energy future for the state and the nation," said Joe Nolan, Chief Executive Officer and President of Eversource Energy. "State Pier is a critical part of our plan to develop 1.7 gigawatts of renewable energy in the Northeast, providing enough clean energy for more than a million American homes. It is also a tremendous driver of well-paying jobs and local investment, which we witnessed firsthand today."

"I want to thank Secretary Granholm for joining us for today's tour – we wouldn't be where we are today without your hard work and the Biden administration's vision of 30 gigawatts of offshore wind by 2030," said David Ortiz, Head of Market Affairs for New England of Ørsted Offshore North America. "State Pier will help us achieve that goal while also being a centerpiece for the industry's advancement in the region, which positively impacts our local communities, local businesses, and local workers. We look forward to continuing our work with all of our partners to realize our vision, as our investments in clean energy deliver real economic benefits and jobs."

In total, Ørsted and Eversource are contributing $77.5 million towards the cost of the State Pier redevelopment project, plus $20 million in lease payments over 10 years once on the site. For more information, visit revolution-wind.com/state-pier.

About Ørsted Offshore North America
The Ørsted vision is a world that runs entirely on green energy. Four years in a row, Ørsted earned recognition as the world's most sustainable energy company by Corporate Knights, including for 2022. The company is a global clean energy leader and has the largest portfolio of offshore wind energy in the world. 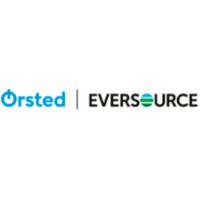