August 04, 2020
Community & People
Higher Edge is pleased to announce that Sara Bailey, John Bairos, and Tashawn Ward have joined its board of directors.

“Sara has had a longstanding interest in our work, John has served as a volunteer, and Tashawn is a Higher Edge alumnus,” said Theresa Armendarez, Higher Edge Executive Director. “Their professional backgrounds and commitment to improving access to higher education for low-income and first-generation college bound students will be an asset to the board,” added Kristi Kelly, President, Higher Edge Board of Directors.

John Bairos is a Financial Advisor for Edward Jones Investments in Waterford, CT.
He resides in Waterford with his wife (a teacher in the Old Saybrook School District) and two sons.  John attended public schools in East Hartford and earned a MPA from the University of Hartford. His past volunteer experience includes serving on the School Governance Committee at New Britain High School and the Greater Hartford Jaycees.  In addition to his current volunteer activities with Waterford youth soccer and baseball, he is a member of the New London Elks Club and the Waterford Rotary Club.

Tashawn Ward is a Customer Solutions Associate at Chelsea Groton Bank. He has a BS degree in Business Managerment from Eastern Connecticut State University and an MBA. In addition to being selected by the American Bankers Association as an emerging bank leader, Tashawn has excelled at boxing, winning the Western New England Golden Gloves competition in 2019. He is the first Higher Edge student alumnus to be appointed to the board of directors.

About Higher Edge, Inc.
Higher Edge guides low-income and first-generation students through enrollment, retention, and graduation from college by providing the support and resources needed for success. With locations in New London and Willimantic, Higher Edge will serve up to 70 high school seniors and over 200 college students during the 2020-2021 academic year. To learn more, visit HigherEdge.org or @HigherEdgeCT on Facebook, Instagram or Twitter. Higher Edge is a 501(c)(3) nonprofit organization under the IRS code. 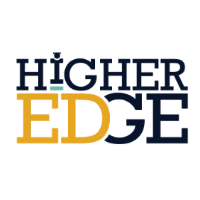