BauerFinancial, Inc., the Nation’s Premier Bank Rating Firm, proudly announced that Chelsea Groton Bank, New London County, Connecticut has once again been awarded its highest (5-Star) rating for financial strength and stability. That means that, even in the current climate, Chelsea Groton Bank is able to excel in such areas as capital adequacy, profitability and asset quality. Earning and maintaining this top rating for 106 consecutive quarters, especially now, makes this accomplishment even more significant. A “Best of Bauer Bank” designation is bestowed upon those banks, like Chelsea Groton Bank, that have earned and maintained Bauer’s highest 5-Star rating for at least 25 consecutive years.

Chelsea Groton Bank was established in 1854 and has been working side by side with neighbors and friends for 166 years. Today, its guiding principles and can-do attitude are more important than ever as Chelsea Groton continues to be there for the people and businesses in the community. Currently, Chelsea Groton Bank operates through 14 retail bank branches in Southeastern Connecticut, a lending office in Hartford County, and online at chelseagroton.com

BAUERFINANCIAL, Inc., Coral Gables, Florida, the nation’s leading independent bank and credit union rating and research firm, has been reporting on and analyzing the performance of U.S. banks and credit unions since 1983. No institution can pay for or opt out of a BauerFinancial rating. Star-ratings are all available for free at bauerfinancial.com. 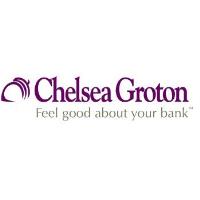