NTE Energy’s Tim Eves, Mike Green and Stephanie Clarkson will share oversight of all company operations as it continues development of new power plants in Connecticut and the Carolinas, the company announced today.

As co-presidents, Eves, Green and Clarkson – key members of the NTE senior leadership team for the past several years – will share ownership and day-to-day management of the company. They succeed Seth Shortlidge, who in 2009 founded NTE with his wife, Jane, as an energy consulting firm and as president expanded it to become a leading energy developer and power supplier.

“Sadly, Jane did not live to see the opening of the Middletown Energy Center and Kings Mountain Energy Center, which were under development when she passed away from cancer in 2014,” Shortlidge said. “Now that these two major projects are operational, and as the 5th anniversary of Jane’s passing approaches, I have decided to step away from my role as head of NTE in order to spend more time with my three children.”

Clarkson noted that under Shortlidge’s leadership, NTE made the Inc. 5000 list of fastest-growing private companies six times in its first 10 years. “We are excited to build on the strong foundation Seth laid for NTE during its first decade,” she said.

Green, who has overseen NTE’s development activities in the Carolinas, noted that in the past 18 months, NTE has opened two 475-megawatt power plants and has several more in various stages of development.

“NTE’s customer communities are experiencing significant savings over what they would have paid if they had remained with their previous power supplier,” Green said. “We’re excited to offer similar savings to future customers as we continue development of the next wave of NTE facilities – including the Killingly, Reidsville (North Carolina) and Anderson (South Carolina) energy centers. These major projects, combined with our solar and energy storage offerings, give NTE a robust development pipeline for the future, both domestically and internationally.”

Eves brings more than 40 years of experience to his new role at NTE Energy. Prior to joining the company in 2010, he held various leadership roles for Calpine Corporation in the areas of project development and origination. He also had a 20-year career with Westinghouse Power Generation in both domestic and international markets.

Green has more than 45 years of experience in the energy industry, having previously served in key management-level positions at Duke Energy. He served as a senior evaluator for the Institute of Nuclear Operations and assisted the U.S. State Department through USAID with evaluation of the Egyptian Energy Association’s transmission upgrade efforts in Cairo.

As NTE’s chief financial officer, Clarkson was responsible for financial planning and oversight. Prior to being appointed CFO, she served as NTE’s senior vice president of finance, drawing on her more than 20 years of experience managing corporate and project finance activities in public infrastructure, commercial development and biomedical engineering.

About NTE Energy
With offices in Boston and Charlotte and headquarters in St. Augustine, Florida, NTE Energy is a leading energy developer and power supplier, providing communities and other wholesale customers with reliable, low-cost, environmentally responsible energy solutions. Through its affiliates, the NTE team develops electric generation facilities, executing all aspects of project development from initial market and site evaluations to permitting, financing, construction and operation. For more information about NTE Energy, visit www.nteenergy.com. 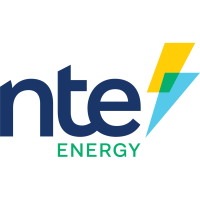