On March 16, 2017, the White House, led by President Donald Trump, submitted a 2018 budget proposal to Congress. The proposal calls for a $639 billion (10%) increase in defense spending, but jeopardizes funding for many domestic programs, including the National Endowment for the Arts (NEA), the National Endowment for the Humanities (NEH), the Institute of Museum and Library Services (IMLS), the Corporation for Public Broadcasting (CPB), and the Corporation for National and Community Services (Americorps).

Eliminating critical federal funding for arts and humanities agencies, including the ones outlined above, poses a serious threat to the quality of life for all in our region.

The graph below (originally published by The Day newspaper on March 17, 2017) outlines proposed budget changes according to President Trump's requested budget.

For additional information about President Trump's proposed budget, and how it could affect the U.S. Navy and U.S. Coast Guard, read this story in The Day by Julia Berman, Day Staff Writer. 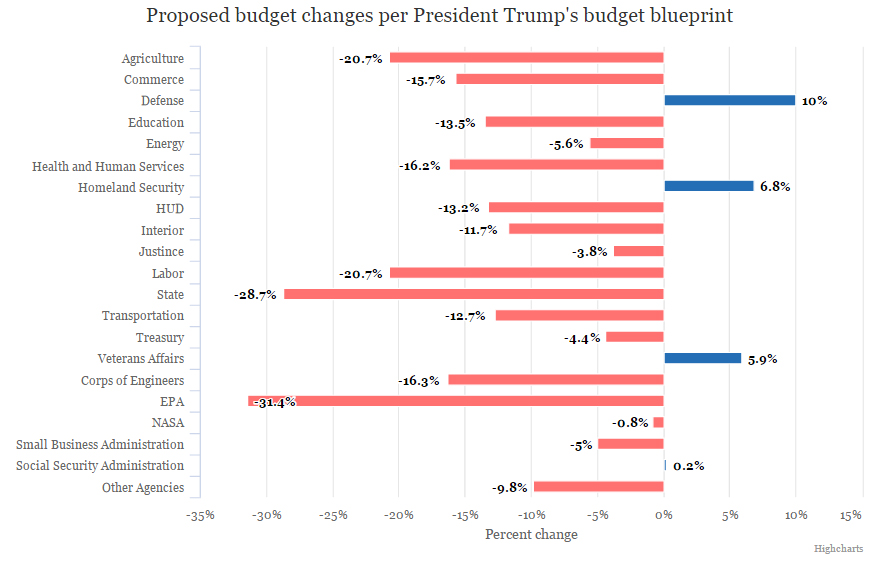