Governor Ned Lamont today announced that his administration has developed plans with leadership at the Connecticut Department of Correction to close the Radgowski Correctional Center in Montville by December 31, 2021.

It is one of three correctional facilities that are included for closure under the FY 2022-2023 state budget that was approved with bipartisan support in the state legislature and signed into law by the governor this summer. Closing the Radgowski Correctional Center will save the state approximately $7.3 million in annual operating costs. This comes in addition the recent closure of Northern Correctional Institution in Somers, which is expected to save about $11.75 million annually. The closure of a third facility is pending.

The decision to include the closures as part of the state budget is largely attributed to the significant drop in the state’s incarcerated population, which has decreased by more than 3,200 individuals over the last 17 months. The total population among all state-operated correctional facilities currently stands at about 9,200 individuals, which is substantially down from the all-time high of 19,894 in February 2008.

Radgowski Correctional Center opened on January 10, 1991, as a medium-security facility for incarcerated men. Today, there are 108 incarcerated individuals at the facility, which is significantly down from the all-time high of 734 in 2014. Over the coming weeks, the remaining population will be methodically transferred to appropriate facilities within the state’s correctional system. Safety and security will remain the primary consideration of the Department of Correction when deciding where the population will be moved.

Radgowski Correctional Center has been staffed by about 110 employees, most of whom are correction officers. There will be no layoffs associated with its closure. The Department of Correction will work closely with staff members and their union representatives to redeploy them to other facilities that are within close proximity. Some of the reassigned staff members are anticipated to be redeployed to the Corrigan Correctional Center, which is located on the same compound as Radgowski.

“Connecticut’s incarcerated population has been steadily declining for more than a decade and is now at a 32-year low, even as those identified as being more high-risk are serving more of their original sentences than ever before,” Governor Lamont said. “Spending millions of dollars in annual operating costs on buildings that have historically low numbers of incarcerated individuals inside is just not a good use of resources. By relocating them to other facilities that have available capacity, we can deliver on our administration’s goal of reducing the cost structure of state government. I applaud the ongoing work of all the correction professionals at the Department of Correction, whose work keeps our facilities safe and secure.”

“Closing a correctional facility is an extremely complex process,” Department of Correction Commissioner Angel Quiros said. “However, thanks to the high caliber of our agency’s staff, I am confident that we will be able to successfully close this facility – just as we recently closed the Northern facility – in a well-planned, methodical manner while preserving jobs and continuing to protect the public’s safety.” 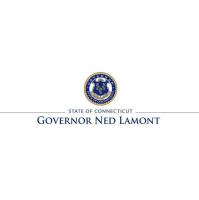