Note: this article was originally published in The Day on April 18, 2019 by Julia Bergman.

Groton, CT – The outgoing commanding officer of the Naval Submarine Base, Capt. Paul Whitescarver, said that with investment from the state, support from the community and the submarine's role in national security, the base is set up to have a "solid and enduring" footprint on the Thames River.

"In the next decade, you're going to see $250 million worth of military construction on the base," Whitescarver said Wednesday at an inaugural luncheon, called the State of the Submarine Base, hosted by the Chamber of Commerce of Eastern Connecticut at the Mystic Marriott.

Whitescarver, 57, a native of Roanoke, Va., will retire from his post in early May, when Capt. Todd D. Moore will take over.

Overseeing a population of between 12,000 and 15,000, including 6,500 active-duty military personnel, the base commander is like a small-town mayor, ensuring the 15 fast-attack submarines and sailors stationed in Groton are prepared to go to sea at a moment's notice, and maintaining close ties with the community.

"We might be small, but we have a pretty big impact when it comes to our national defense," Whitescarver said.

With Russia being one of the U.S.' primary competitors, the submarines that deploy out of Groton mostly roam the Mediterranean Sea and the North Atlantic Ocean. Their stealth enables them to develop a "common operating picture" of what U.S. adversaries are doing, so when forces come in afterward, they know exactly where they need to be, Whitescarver said

As one of the largest employers in southeastern Connecticut, the base also has an impact on the region and the state as a whole. Between the base and Electric Boat, submarines generate a $5 billion economic impact to the state annually, Whitescarver said.

The base is home to the Los Angeles and Virginia classes of attack submarines. Base officials are preparing to add a new pier to support existing submarines, and extend one of the current piers to accommodate the new, longer version of the yet-to-be-built Virginia-class submarine, which will have additional payload capacity.

U.S. Rep. Joe Courtney, D-2nd District, who came up with the idea for Wednesday's event, in a video message highlighted the environmental and energy improvements on the base overseen by Whitescarver, and the planned addition and extension of piers that will give the sub base "an enduring mission for many years to come."

Courtney is in Ireland as part of a congressional delegation trip led by House Speaker Nancy Pelosi to discuss Brexit, so he was unable to attend Wednesday's event.

In addition to the work planned at the piers, Whitescarver cited other projects that are part of the $250 million in future military construction, such as a $28 million consolidated emergency management center. The center, a proposal from the state's Office of Military Affairs, would house the base's two firehouses — currently, one is on base and the other is off base — the base security department and associated equipment all under one roof.

The project is pending final acceptance and approval by the Navy. The state is committing $13 million, which already has been approved by the State Bond Commission. The Navy has identified its source of its share of the funding, $5 million. Northeast Housing LLC, the public-private venture between the Navy and Balfour Beatty Communities established to own, operate and manage all of the privatized military housing in Groton, has pledged to contribute the remaining $10 million.

While the project would be unlikely to receive full funding from the Navy because it does not directly relate to warfighting, the state sees the project as a way to improve operational efficiency, reduce excess infrastructure and enhance the base's overall military value.

The state's portion of the funding is part of the $40 million set aside by the Connecticut General Assembly in 2007 for infrastructure improvements on the base to enhance its military value to help stave off any future threats of closure or downsizing. 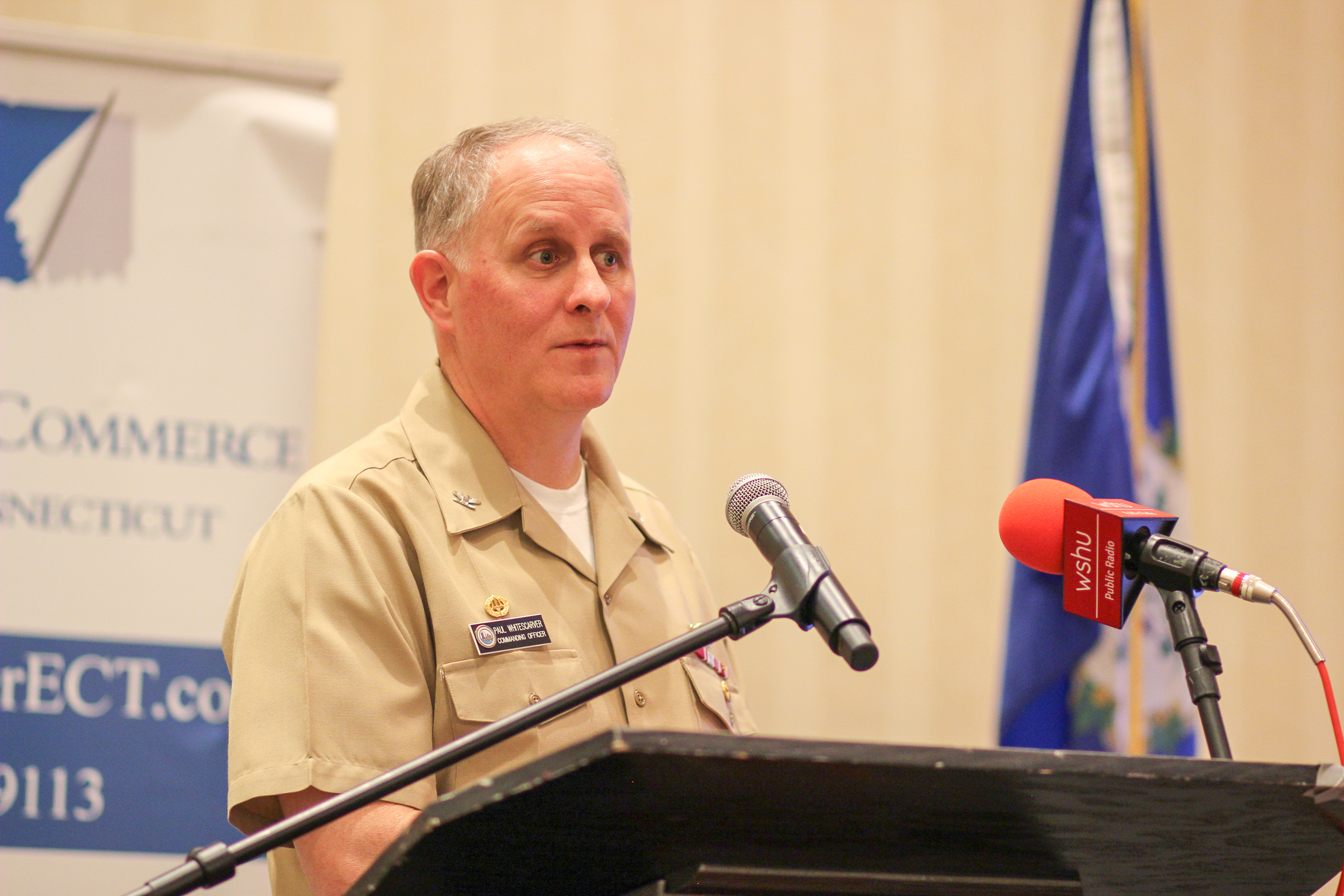 State of the Sub Base ‘Solid, Endurin...