Reliance Health announced last week that after nearly 41 years Chief Executive Officer, David Burnett, will retire by the end of this year. The agency’s Board of Directors will announce a successor in the coming months.

Burnett has been with Reliance Health since 1978 when the nonprofit mental health agency was known as The Leisure Center. At that time, Burnett served as the agency’s only employee, running day to day operations and providing support to people who had been discharged from Norwich Hospital. Nearly 41 years later Burnett recognizes that it’s a good time to transition from Reliance Health, which now serves over 1,000 people with the support of 250 employees, “It’s been a fun ride, taking John Morosky’s judgement free vision and carrying it forward has been an honor.”

Jack Malone, President of the Reliance Health Board of Directors recognized Burnett’s history with the agency, “David Burnett’s devotion to Reliance Health is unrivaled.  He was the first employee and the depth of the programs provided today to those with mental wellness issues can be attributed to his vison.  During his tenure he was assembled a team of professionals to carry out the vision dreamed of by its founders.”

Prior to hiring Burnett, Reliance Health was run by one part-time staff and several volunteers. Within a few months of being hired, Burnett applied for the agency’s first Federal grant, initiating the first of many growth opportunities the organization has experienced in its 42-year history. Since that time, The Leisure Center, which later became Reliance House before settling on its current name Reliance Health, has been recognized by The Hartford Courant as a Top Workplace for seven years with Burnett receiving the award for Top Leader of a mid-sized company in Connecticut in 2013.

Burnett attributes this recognition to the staff he works with, “I am so impressed by the people who work at Reliance Health. Daily experiences lead me to believe that we are incredibly fortunate to attract and hold good employees. We learn how to support and love each other not only because of our strengths and abilities, but also because of our struggles and inabilities. We all have hidden abilities. The secret is to live and work in an environment that encourages each of us to discover these talents. It is a privilege to have held the role of Chief Executive Officer of this organization for so many years, and to work alongside such an extraordinary group of individuals.”

From the beginning, Burnett has embodied Reliance Health’s values of respect, teamwork, choice, growth, diversity, and integrity. Carrie Dyer, Chief Operating Officer, recognizes the effect Burnett has had on the agency’s culture, “Dave has always concentrated on building genuine relationships and nurturing those bonds to lead to beneficial outcomes. He has faith in the abilities of others and encourages growth. He believes in second chances. He overflows with compassion and leads with his heart. He sincerely cares about the lives of the individuals at Reliance Health, both those served as well as staff, and is loved in return.”

With Burnett’s leadership, Reliance Health has established itself as a community leader in mental health education, advocacy, and service delivery. Dyer states that Burnett’s legacy will carry on, “Dave has created a culture of growth and love and we intend to continue to build on that foundation as we look to the future”. Malone agrees, stating “We celebrate both his time and devotion to Reliance Health as well as his confidence that he can leave the organization in great shape and led by the team of professionals who share his passion for the cause.” Burnett has not identified a date for his retirement but will be part of the transition process upon the Board’s appointment of a replacement. 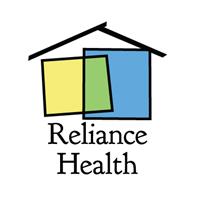