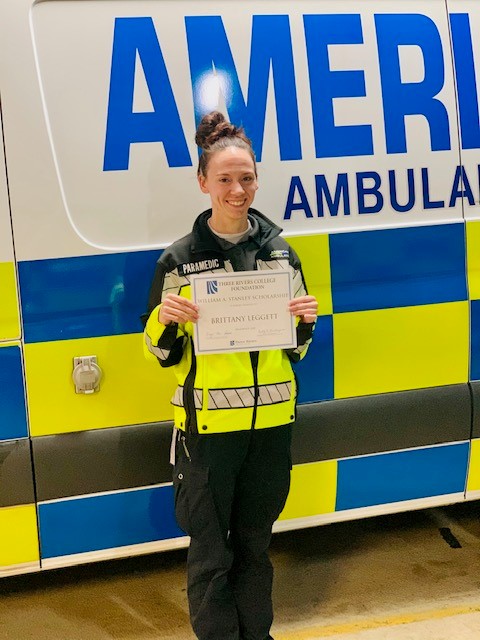 The Three Rivers College Foundation is pleased to announce that Three Rivers Community College pre-nursing student Brittany Leggett has been awarded the William A. Stanley Scholarship. This one-time, Spring 2021 full tuition scholarship rewards a “healthcare hero” and has been given in honor of William Stanley.

As a practicing paramedic with American Ambulance, this past year has been one of the busiest for pre-nursing student Brittany Leggett. Her determination and perseverance under these challenging circumstances made her the ideal “healthcare hero” scholarship recipient.

The scholarship that Brittany received was created in honor of William “Bill” Stanley’s exemplary service on the Three Rivers College Foundation Board. Stanley retired from Lawrence + Memorial Hospital/Yale New Haven Health in New London where he had served as Vice-President of Development and Community Relations for two decades. In 2012, Stanley joined the TRC Foundation Board of Directors, serving on the Finance & Investment, the Nominating, and the Golf Tournament Committees. He assumed the role of Vice President in 2013 and became President of the Board in 2014.

To learn more about the Foundation and the full scope of what Three Rivers has to offer, visit www.threerivers.edu. 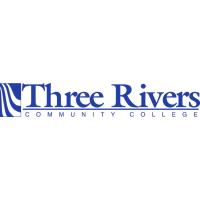