Energy cost savings will pay for this $72.6 million Utility Energy Service Contract (UESC) – the largest ever awarded by the U.S. Coast Guard and the Department of Homeland Security – over the term of the project’s performance period.

Eversource helped the academy secure the contract and, in partnership with Ameresco, led the implementation of the improvements, which will reduce the site’s energy consumption by 48 percent and water consumption by more than 15 percent, while saving the academy more than $2 million in annual energy costs (an 80 percent reduction). The project will reduce the academy’s carbon emissions by around 7,800 metric tons of CO2 per year, equivalent to taking more than 1,600 cars off the road.

“Any time we can invest in the infrastructure onboard the service's only accession point for officers we are making an investment in the long term strength of the service," said Rear Admiral Bill Kelly, Academy Superintendent.

The project substantively modernized the academy’s infrastructure and enhanced resiliency and efficiency, from the barracks to academic laboratories. A vital contributor to the project’s success was the strength of the partnership between the academy, Eversource, and Ameresco, as well as the project team’s innovative vision for improving the academy’s energy management.

“This project is a shining example of what is possible when you have a forward-thinking institution with an active energy management team, combined with expert resources providing guidance and recommendations, all working together to optimize energy use and create a more sustainable future,” said Eversource Senior Vice President and Chief Customer Officer Penni Conner. “As the academy continues to develop our country’s future leaders, they will do so in a modern, high-performance environment while also saving significant amounts of energy and reducing costs and carbon emissions.”

“By establishing new sources of on-site generation and creating efficiencies in the existing energy infrastructure, the U.S. Coast Guard Academy will benefit from a more secure, resilient supply of power that is mission-critical to its operations,” said Ameresco Senior Vice President of Federal Solutions Nicole Bulgarino. “This unprecedented project goes above and beyond modernizing campus facilities; it ensures that the Academy is able to continue training and developing future cadet classes for years to come in a more efficient and  cost-effective means.”

The academy’s aging, fuel oil-fired boiler plant was replaced with a high-efficiency natural gas plant and supplemented by a combined heat and power plant that generates one megawatt of electricity onsite with a microturbine generator. The project featured more than a dozen energy efficiency, renewable energy and water conservation measures. More than a dozen energy efficiency and infrastructure upgrades were completed in 30 campus building.

The academy has been located in New London since 1910. The institution moved from nearby Fort Trumbull to its present location on the west bank of the Thames River in 1932.

About Eversource
Eversource (NYSE: ES) transmits and delivers electricity and natural gas and supplies water to approximately 4 million customers in Connecticut, Massachusetts and New Hampshire. Celebrated as a national leader for its corporate citizenship, Eversource is the #1 energy company in Newsweek’s list of America's Most Responsible Companies for 2020 and recognized as one of America’s Most JUST Companies and the top utility by Forbes and JUST Capital. Eversource transmits and delivers electricity to 1.25 million customers in 149 cities and towns, provides natural gas to 237,000 customers in 74 communities, and supplies water to approximately 198,000 customers in 51 communities across Connecticut. Eversource harnesses the commitment of approximately 8,000 employees across three states to build a single, united company around the mission of safely delivering reliable energy and water with superior customer service. The company is empowering a clean energy future in the Northeast, with successful programs to integrate new clean energy resources like solar, offshore wind, electric vehicles and battery storage, into the electric system. For more information, please visit our website (www.eversource.com) and follow us on Twitter (@EversourceCT) and Facebook (facebook.com/EversourceCT). For more information on our water services, visit www.aquarionwater.com.

About Ameresco
Founded in 2000, Ameresco, Inc. (NYSE:AMRC) is a leading independent provider of comprehensive services, energy efficiency, infrastructure upgrades, asset sustainability and renewable energy solutions for businesses and organizations throughout North America and Europe. Ameresco’s sustainability services include upgrades to a facility’s energy infrastructure and the development, construction and operation of renewable energy plants. Ameresco has successfully completed energy saving, environmentally responsible projects with Federal, state and local governments, healthcare and educational institutions, housing authorities, and commercial and industrial customers. With its corporate headquarters in Framingham, MA, Ameresco has more than 1,000 employees providing local expertise in the United States, Canada, and the United Kingdom. For more information, visit www.ameresco.com. 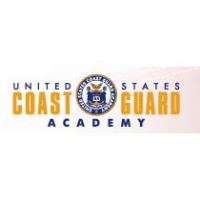