A world at play and a world to its own, Mohegan Sun, created in 1996 by the Mohegan Tribe of Connecticut, is one of the world's most amazing destinations with some of New England's finest dining, hotel accommodations, retail shopping, live entertainment and sporting events. Boasting three world-class casinos, Mohegan Sun is also host to the Kids Quest/Cyber Quest family entertainment facility, two luxurious spas, world-class meeting facilities, a state-of-the-art Poker Room as well as three major entertainment venues with seating from 350 to 10,000. People from across the globe come to see live concerts with some of today's top headliners, along with major sporting events including Mohegan Sun's very own WNBA team, the Connecticut Sun and lacrosse team, the New England Black Wolves.

Every turn leads to a new adventure with an indoor 55-foot waterfall, and electrifying water wall, the world's largest and most spectacular indoor planetarium dome and the awe-inspiring Wombi Rock, a glowing crystal mountain made of imported stone that serves as the focal point of Casino of the Sky. 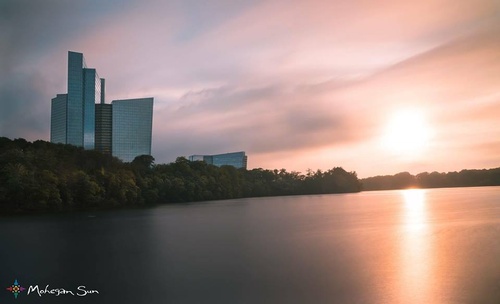