Originally, Montville, along with Groton and Waterford, was a part of New London. Settled in 1646 under the name of Pequot, so named for the Pequot Indians, New London changed its name in 1658. Montville, including part of what is now known as Salem, was called the North Parish of New London, becoming Montville and being incorporated as a town in 1786. Waterford became a separate incorporated town in 1801 and Salem, from parts of Lyme, Colchester, and Montville, in 1819.

The Indian population in Connecticut remained relatively pure until a new group, the Mohegan-Pequot, moved to the area from what is now New York just before the arrival of the first colonists in the seventeenth century. These new Indians had the greatest impact on the settlers. Under the leadership of their Sachem Sassacus, the Pequots were hostile to the colonists, while on the other hand, the Mohegans, under their Sachem Uncas, were friendly, and eventually the two, Mohegans and colonists, banded together and inflicted a destructive defeat upon the Pequots. Following this help from the settlers, Uncas and his chiefs became most liberal in giving away and selling land to the newcomers, especially here in Southeastern Connecticut.

The first grants of land in Montville were made to Richard Haughton and James Rogers in 1658, consisting of farm sites on the banks of the Thames River at Massapeag and Pamechaug. The first settler was Samuel Rogers, in 1670, followed by others, and the Indians appeared seemingly disposed to cede more and more of their acreage. Open fields were few and most 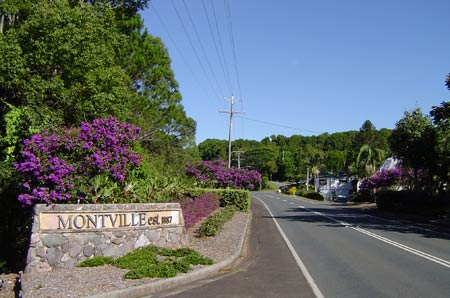