The Town of Stonington, covering 42.7 square miles in New London County, was settled in 1649. The 2004 estimated population totals 18,366. Stonington boasts a combination of seaside and semi-rural working and living neighborhoods. The Town is within two hours or less of major research and transportation centers in Boston, Providence, New Haven, Hartford, and New York City. Access via I-95 is minutes away. Airports are located nearby in Groton, Hartford, Providence, Rhode Island and Boston, Massachusetts. Amtrak train stations are located in the Village of Mystic within the Town of Stonington, and in New London and Westerly, Rhode Island. 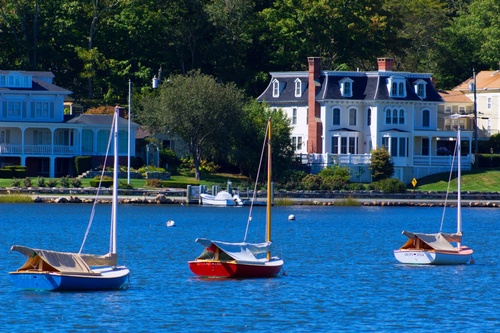