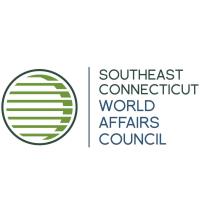 There are five complimentary registrations available to Chamber Members. They are on a first come first serve basis. Click the blue "Register Now" button to reserve.

SECWAC members and students are free.

An optional dinner with the speaker will be held after the discussion for $40 per person. To register for the dinner, email info@secwac.org. 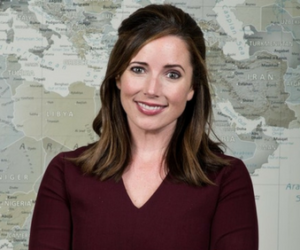 The Southeastern CT World Affairs Council invites you to an informative presentation on Tuesday, November 12 at Connecticut College for a presentation by Katherine Brown, President and CEO of Global Ties USA, titled, “Public Diplomacy.” A reception begins at 5:30 p.m., with the presentation starting at 6:00 p.m.

Katherine Brown, Ph.D., former Executive Director of the U.S. Advisory Commission on Public Diplomacy, is the President and CEO of Global Ties, the largest and oldest citizen diplomacy network in the United States. She has held this role since April 2018.

From 2013-2016, Katherine Brown served as Executive Director of the United States Advisory Commission on Public Diplomacy, a body authorized by Congress to oversee and promote U.S. government activities that intend to understand, inform, and influence foreign publics. Most recently, she has been a Public Policy Manager at Facebook, Inc. where she was also in residence as a Council on Foreign Relations International Affairs Fellow.

Previously, she held numerous roles in government, including assistant to the White House national security adviser; communications adviser for the U.S. Embassy in Kabul; and professional staff member of the Committee on Foreign Affairs at the U.S. House of Representatives.

Katherine also served on the boards of the Center on Public Diplomacy at the University of Southern California and the Global Ties Foundation. She is a non-resident senior associate at the Center for Strategic and International Studies and an adjunct assistant professor at Georgetown University. She received her Ph.D. and M.A. in communications from Columbia University and B.A. from the George Washington University.

Global Ties U.S. is a nonprofit that makes international exchange programs more effective. We work with our members and the U.S. Department of State to bring current and future leaders from around the world to communities across the United States. Together, we build deep connections among people from many countries, resulting in a more peaceful, prosperous world.

The Global Ties Foundation is the charitable arm of Global Ties U.S. It seeks to empower a network of global influencers by accelerating innovation in international exchange.