Eileen heads the firm’s Labor, Employment and Municipal Law Department.  She has served as the Town Attorney for the Town of Groton for 10 years, and recently became a board member of the Connecticut Association of Municipal Attorneys.  Eileen primarily represents and advises public sector, private sector and non-profit entities in all areas of labor relations and employment law. She frequently appears before such administrative agencies as Connecticut State Board of Mediation and Arbitration, the Connecticut State Board of Labor Relations, and the Connecticut Commission on Human Rights and Opportunities.

Outside of work, Eileen is a sports enthusiast who resides in Waterford with her daughter and their dog and three cats. She remains connected to the community through a variety of activities.  As an active member of the Yale Alumni Schools Committee, Eileen interviews local high school seniors applying for undergraduate admission.  At St. Joseph Church in New London, she is a Eucharistic Minister and Lector and also participates in its Ministry of Care to New London nursing home residents.  Eileen previously served on the boards of Covenant Shelter and Connecticut Adoption and Family Services, and currently sits as a board member of the U.S.S. Groton Sail Foundation and as Treasurer on the board of the Chamber of Commerce of Eastern Connecticut.

* * *
About Suisman Shapiro Attorneys-at-Law: For more than 75 years, Suisman Shapiro, a multi-practice law firm located in New London, has served the legal needs of residents and businesses throughout eastern Connecticut. The firm offers deep experience, cutting-edge innovation and a proven record of success. For more information visit www.suismanshapiro.com. 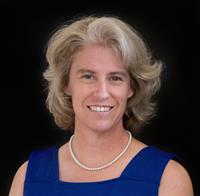