The project provided for the adaptive reuse of an aging and unoccupied 40,000 square foot former data center. The contemporary design focused on the creation of highly collaborative and flexible spaces for both staff and visitors to the building. Much of the design focused on the introduction of light to the otherwise windowless space. Large perimeter glazing systems and a large central skylight system over a new cafe were major elements of the work.

The New England chapter of the American Institute of Architects recently announced winners of its annual Design Awards program which recognizes design excellence in projects located in New England. The project was recognized with a Citation Award for Excellence in Architecture as well as a People's Choice Award. 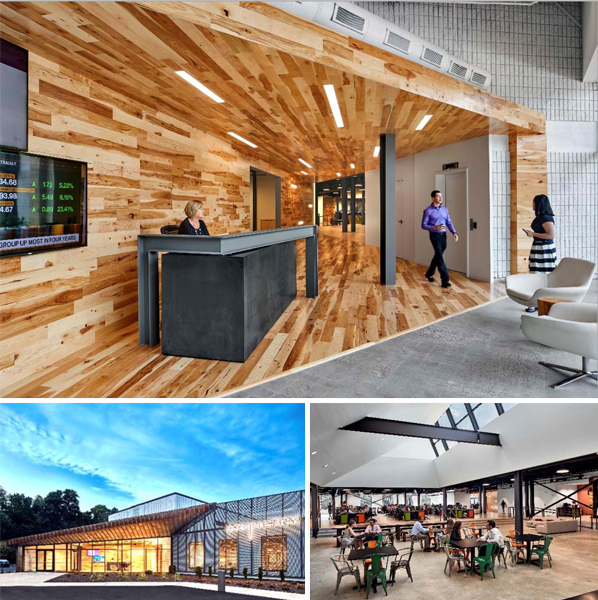