RUNA, a band that infuses Celtic music with Americana and roots music, will debut its newest music video at Mystic Seaport Museum in advance of its July 13 performance at the Museum’s Arts on the Quad.

RUNA shot the video for the song “The Banks of Newfoundland” on the Joseph Conrad, a full-rigged ship that is a floating exhibition at Mystic Seaport Museum. Visitors to the Museum can see the video on screens located at the North and South Museum entrances beginning Monday, July 8.

The song is about the trials and travails of young men from Ireland who were making their way to America via Greenland and Newfoundland at the turn of the 20th century. It was not an easy trip by any stretch of the imagination, lead vocalist Shannon Lambert-Ryan noted, and the song reflects the realities of the hardships they faced.

The group shot the video in April 2019 on the Conrad. The song is included on RUNA’s newest album, “Ten: The Errant Night,” which was released earlier this year.

RUNA opens the Arts on the Quad 2019 season at Mystic Seaport Museum with its July 13 concert on the McGraw Quadrangle, outside the Thompson Exhibition Building. In addition to the concert, there will be a lecture that evening about the Museum’s Benjamin F. Packard Ship’s Cabin exhibit, which will be open 5-8 p.m. that evening as part of the event. Suggested donation for admission is $10 per person. All Arts on the Quad programs run 5-8 p.m.

Arts on the Quad is a summertime series that hosts a variety of speakers and activities paired with live performances that celebrate the Museum’s diverse exhibitions. Guests are invited to bring their own lawn chairs, picnic, and non-alcoholic beverages. A cash bar and concession snacks will be available. In the event of rain, performances will take place in a covered location on the Museum grounds. Rain location seating is limited and on a first-come first-served basis.

Other performances scheduled for the summer are:

Mystic Seaport Museum, founded in 1929, is the nation’s leading maritime museum. In addition to providing a multitude of immersive experiences, the Museum also houses a collection of more than two million artifacts that include more than 500 historic vessels and one of the largest collections of maritime photography. The new Thompson Exhibition Building houses a state-of-the-art gallery that will feature J.M.W. Turner: Watercolors from Tate, the most comprehensive exhibition of Turner watercolors ever displayed in the U.S. opening October 5, 2019. Mystic Seaport Museum is located one mile south of Exit 90 off I-95 in Mystic, CT. For more information, please visit www.mysticseaport.org and follow Mystic Seaport Museum on Facebook, Twitter, YouTube, and Instagram. 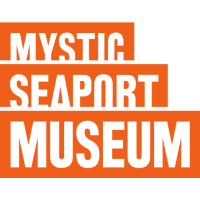