Waterford, CT – Charter Oak Federal Credit Union's Board of Directors has promoted Brian A. Orenstein to President in addition to Chief Executive Officer of the nearly $850 million credit union.

"Brian's promotion reflects his outstanding performance as our CEO and the continued confidence that this board has in his leadership," said Guy Henry, Chairman of the Board of Directors.

Orenstein has served as CEO of the Waterford-based Charter Oak since 2007. He began his banking career in 1986 and has nearly 30 years of financial-services experience, including nearly two decades in senior management.

"I am honored and also humbled by the board's decision," said Orenstein. "Our success as a credit union comes from plenty of hard work and teamwork, and we've got the right team at Charter Oak to ensure our continuing success for many years to come," he said.

During Orenstein's tenure as chief executive, the credit union's assets have grown from $580 million to nearly $850 million and its branch network across New London and Windham counties has expanded from 8 locations to 14 branches today. Orenstein also was instrumental in leading Charter Oak's construction of its new headquarters in Waterford, which opened in June 2014 and houses the credit union's newest state-of-the-art branch. The opening of Charter Oak's new branch-and-headquarters complex coincided with the credit union's 75th anniversary since its founding in 1939 as the Groton Shipbuilders Federal Credit Union.

Under Orenstein's leadership, the credit union has been eastern Connecticut's Number 1 mortgage lender for five consecutive years - from 2010 through 2014 - and opened two high school branches as part of its financial-literacy initiative for youth in eastern Connecticut. In 2013, Orenstein led the successful merger of Charter Oak with the Quiet Corner Community Credit Union headquartered in Putnam.

Ã¢??Orenstein also has been actively involved for many years with the United Way of Southeastern Connecticut. In 2014, Orenstein was elected to the Board of Directors and served as co-chairman of the social service agency's successful 2014 Campaign Appeal. Orenstein also serves as the Treasurer and member of the Board of Directors of the SBM Charitable Foundation, Inc. based in Manchester.

Charter Oak had assets of $847 million as of December 31, 2014. For more information about Charter Oak's products and services, please stop by one of our branches or visit our website at CharterOak.org.

Charter Oak Federal Credit Union, headquartered in Waterford, Connecticut, offers a broad range of financial services – including checking, deposit, lending, insurance and investments – to individuals, businesses, non-profits and professionals in New London and Windham counties. If you live, work, worship, attend school, or volunteer in New London or Windham counties, we invite you to do business with us. For more information about what Charter Oak can offer you, please visit CharterOak.org. Federally insured by NCUA. Equal Housing Lender. 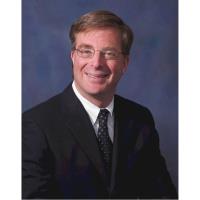