The ECSO continues its 73rd season with an array of pieces that showcase the wide scope of the orchestral repertoire. Opening the concert in bombastic fashion is an arrangement of the iconic rock band Queen’s Bohemian Rhapsody, a prog-rock operetta and one of their most popular songs. The Eastern Connecticut Symphony Chorus joins to open the concert with this piece.

Composer Charles Frink, an original member of the ECSO, and good friend of founding Music Director, Victor Norman, grew to become a well-known New London composer and educator. His piece entitled John Henry, after the American folk figure, features the Eastern Connecticut Symphony and Chorus. Originally premiered by Victor Norman and the Eastern Connecticut Symphony Chorus (ECSC), the ECSO and ECSC revisits this piece under the baton of its current Music Director & Conductor Toshiyuki Shimada.

Composer Richard Strauss’s tone poem Death and Transfiguration, based on the poem by Alexander Ritter, depicts the process of death, and coming to terms with life’s accomplishments. The work’s final theme is an uplifting and jubilant celebration of transition. The concert closes with Johannes Brahms’ lush and exciting Violin Concerto performed by 2019 ECSO Instrumental Competition winner, Hannah Cho. Brahms wrote this piece in consultation with his friend, violinist Joseph Joachim. It is regarded as one of the most epic works of the violin repertoire for both performers and listeners.

Charles Frink was born in Norwich in 1928 and obtained a BA in philosophy, an MA in history, and PhD in education all from Yale University, where he also studied music. He taught history at New London High School where he was chair of the social studies department until his retirement in 1984, as well as having held positions at Connecticut College and Three Rivers Community College.

An early participant in the National Playwright’s Conference of the Eugene O’Neill Theater Center, his music has been performed by the Eastern Connecticut Symphony Orchestra, The William Billings Institute of American Music, the Hartford Ballet, and the Oregon Chorale among others. His tone poem Joe Hill for symphony orchestra was commissioned with the aid of a grant from the National Endowment for the Arts. Charles served one term as a city councilor to oppose abuse of eminent domain. He was also the music director and composer for Teatro Latino de New London. Charles was friends with Victor Norman, the ECSO’s founding music director, and was an early member of the orchestra, playing flute.

His music is also being celebrated through another local project, the Bank Street Blues Project. They are performing his New London-inspired music on Saturday, November 2 at 6pm at the Church of the City in New London.

2019-20 Season general copy:
We are thrilled to announce our 73rd season’s lineup, curated by Music Director and Conductor Toshiyuki Shimada. This season marks the 10th anniversary of Music Director and Conductor Toshiyuki Shimada’s tenure at the ECSO. Major repertoire selections from Dvořák, Copland, Gershwin, Beethoven, Brahms, Rachmaninoff and many more will bring a thrilling range of sounds to the Garde stage. In addition to these timeless composers, we will be bringing in two world-renowned Turkish artists for a unique program highlighting Turkish culture and one of Mozart’s masterpieces. Grammy Award-winning guitarist, Jason Vieaux, will join us for Joaquín Rodrigo’s Concierto de Aranjuez. The Eastern Connecticut Symphony Chorus takes the stage twice for famed New London composer Charles Frink’s John Henry and William Walton’s Belshazzar’s Feast. We are also partnering with another local treasure, the New London Big Band, for a program highlighting American composers. 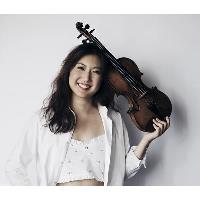