This endowment gift will pay dividends for decades and ensure that NTI is able to advance access, opportunity, and representation in American culture. John Gore joins other funders including the Miranda Family, national foundations, and private individuals in supporting scholarships for NTI.

The first three students to receive the John Gore Scholarship completed their training at the National  Theater  Institute  this  spring.  Founded  in  1970,  NTI’s  credit-earning  theater intensives—taught  by  industry  professionals  and  master  teachers—train  actors,  singers, directors,  dancers,  designers,  playwrights  and  composers  in  comprehensive  training. Graduates leave NTI with the skillsets to produce, write, direct, and act in their own work, as well as create their own path in the industry.

Winner of 14 Tonys, an Olivier Award, and an Emmy Award, John Gore is a British producer and Chairman, C.E.O. and sole owner of the John Gore Organization family of companies.  These  include  Broadway  Across  America,  Broadway.com,  The  Broadway Channel, BroadwayBox.com and Group Sales Box Office. The company produces shows on Broadway, in London’s West End, Japan, China and presents in 47 cities across North America.  A  committed  philanthropist,  John  and  his  companies  provide  support  to  a diverse array of more than 60 organizations spanning virtually every conceivable sector of not-for-profit theater work.

“In this uncertain time, it is critical to invest in the future,” said John Gore, Chairman and CEO of the John Gore Organization. “We are thrilled to provide this support for NTI to help provide the training for the next generation of theater creators and performers to develop the shows that will engage audiences for years to come.”

NTI Artistic Director Rachel Jett shares: “John Gore’s commitment ensures that NTI’s unique multidisciplinary education is available to students across America and that our ensembles represent the diversity of the stories we seek to tell.”

The O’Neill endeavors to ensure access and opportunity for everyone seeking the intensive, transformative experience of the National Theater Institute, regardless of race, gender, or economic  circumstance.  Varying  levels  of  tuition  assistance  are awarded each semester through the generosity of individuals and foundations.
Learn more: www.NationalTheaterInstitute.org


About the John Gore Organization
The John Gore Organization is the leading developer, producer, distributor, and marketer of Broadway theater worldwide. Under the leadership of 14-time Tony-winning theater producer and owner John Gore, its family of companies includes    Broadway    Across    America,    Broadway.com,    The    Broadway    Channel, BroadwayBox.com, and Group Sales Box Office. The company presents shows in 47 cities across North America as well as on Broadway, Off-Broadway, London’s West End, Japan, and China. It has won Tony Awards in every producing category as well as numerous other Drama League, Drama Desk, and Olivier awards.

John Gore has won 14 Tonys, an Olivier and an Emmy Award. He is a British producer who  is  Chairman,  C.E.O.  and  sole  owner  of  the  John  Gore  Organization  family  of companies.  These  include  Broadway  Across  America,  Broadway.com,  The  Broadway Channel, BroadwayBox.com and Group Sales Box Office.
The company produces shows on Broadway, in London’s West End, Japan, China and presents in 47 cities across North America. Presentations include The Phantom of the Opera,  Disney’s  The Lion King, Wicked, The Book of Mormon and Hamilton. Recent U.S. investments include Ain’t Too Proud; Chicago; Dear Evan Hansen; Hamilton; Mean Girls; Moulin Rouge! and Tina: The Tina Turner Musical.
As a film producer, his work includes the film “Believe: The Eddie Izzard Story” (2010 Emmy  Award  nomination)  and,  the  television  special,  WCBS-TV’s  “At  The  Tony’s  with Imogen Lloyd Webber” (2018 NY Emmy Award). He directed the only stage adaptations of Batman and Star Trek and produced the record breaking Thunderbirds FAB, which at the age of 26 made him the youngest ever successful West End producer. He followed this with the hit Wallace & Gromit on stage at Sadler’s Wells. His show investments include the original London productions of Cats, The Phantom of the Opera, Wicked and Hamilton.

A committed philanthropist, John and his companies provide support to a diverse  array of more than 60 organizations spanning virtually every conceivable sector of not-for-profit theater work. Among its recent educational support, JGO partnered with the Gilder-Lehrman Institute of American History to underwrite Hamilton’s education programs as  well  as  providing  funding  for  the  Arthur  Miller  Theater  Education  Program, Columbia University’s  T-Fellowship  Program,  and  the  American  Theatre  Wing’s  Andrew  Lloyd Webber   Initiative.   In   2017,   John   partnered   with   Scarlett   Johansson   to   organize   a one-night-only, all-star benefit reading of Our Town featuring Johansson, Robert Downey Jr. and the cast of the Avengers, raising $500,000 for the Hurricane Maria Community Relief & Recovery Fund.


About the Eugene O'Neill Theater Center
The Launchpad of the American theater, the O’Neill  is  the  country’s  preeminent  organization  dedicated  to  the  development  of  new works and new voices for the American theater. Founded in 1964,  and named in honor of Eugene  O’Neill,  four-time  Pulitzer  Prize-winner  and  America’s  only  playwright to win the Nobel Prize in Literature, the O’Neill has been home to more than 1,000 new works for the stage  and  thousands  more  emerging  artists.  Scores  of projects developed at the O’Neill have gone on to full production at theaters around the world. O’Neill programs include the National Playwrights Conference, National Music Theater Conference, National Critics Institute, National Puppetry Conference, Cabaret & Performance Conference, and National Theater  Institute  –  which  offers  six  credit-earning  undergraduate  training  programs.  In addition, the O’Neill owns and operates the Monte Cristo Cottage as a museum open to the public.  The  O’Neill  is  the  recipient  of  two  Tony  Awards  and  the  National  Medal  of  Arts. www.theoneill.org. @ONeill_Center 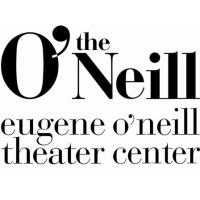