A bit about these great bands-

Dogbite is an eclectic, ragtag outfit dedicated to performing roots music. The group is a six-piece combo, a trio or a duo, depending on the venue, plus any fellow travelers who happen to be in the room at the time of a performance or recording session. Drawing from a rich variety of sources, the band brings its own personality and interpretation to traditional songs as well as to numbers penned by the likes of Ray Charles, Townes Van Zandt, and Webb Wilder. Vocal harmonies, and strong songwriting round out the picture. Micky and Hugh play guitar. Doctor K holds down the drum chair. Arlene Wow! plays bass. Charles is on tenor sax. Dana is the fiddler. And everybody sings. The group emerged from the rock and roll scene of New London, Connecticut in 2001, an antidote to grim professionalism and narrow materialism. Dogbite Artists-Micky Williston, Hugh Birdsall, Kevin and Charles Salley, Dana Takaki, and Arlene Wow!
(rockabilly, blues,country western, fakejazz, folkmusic, standards, originalmaterial)

Heap- Led by New London native, Tim Heap, and now firmly established in the music scenes of Brooklyn and Manhattan, Tim, George, Paul, and Frank have been cranking out solid rock and roll since the mid-nineties. Four albums, an EP and a smattering of singles document their hard driving rock and roll style and their acerbic wit on such songs as “Fickle Finger of Fate,” “Puerto Rican Girl,” “Stabbing Pain,” and “Prison, Parole, Prison.” Influenced by such luminaries as The Undertones, The Replacements, and close friends, The Reducers, Heap are a force to be reckoned with in this bland decade of K-pop and post EDM. Heap are currently working on a new release with Eric Ambel (ex JJ and the Blackhearts, Del Lords, Steve Earle and the Dukes, Yayhoos) producing.

The Dogmatics- One of the truly great bands from the heyday of Boston Rock and Roll in the 1980’s, continue to deliver the goods after almost 40 years of intense, blistering rock. Led by Jerry Lehane and the O’Halloran clan, with solid support from drummer Tom Long, the Dogmatics have carried the rock and roll torch throughout the nation, through struggle, hardship, and tragedy, and have emerged with street cred and attitude intact. The Dogmatics songs have been recorded by Boston’s own Mighty Mighty Bosstones, New Orleans pranksters Dash Rip Rock, The Pussy Willows, Heap, and Swedish garage-punk kings The Locomotions 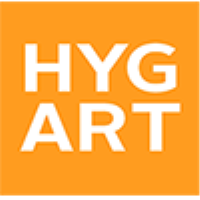