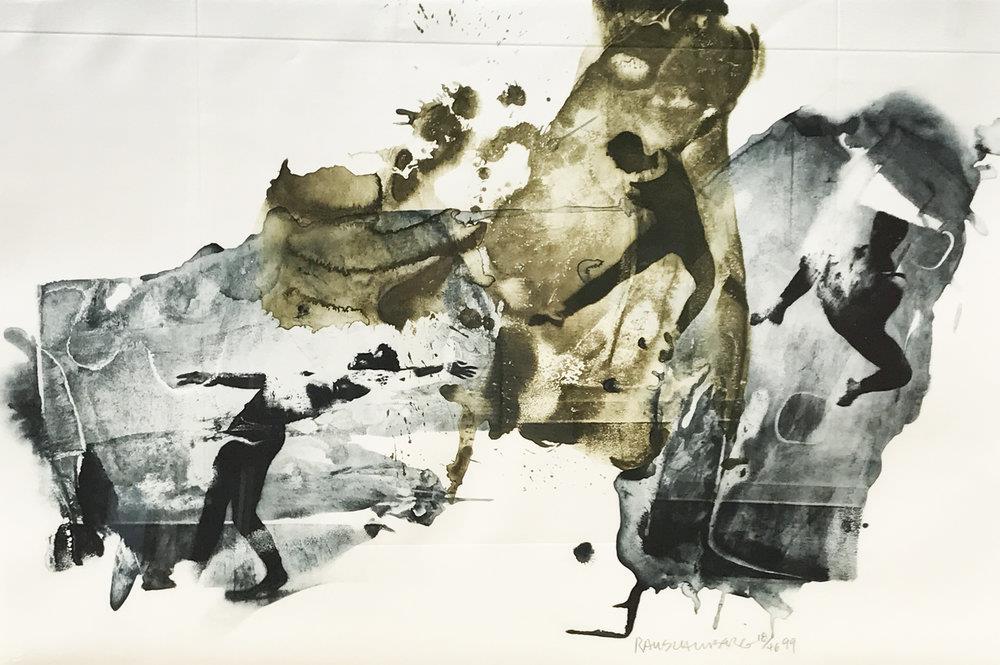 “The artist’s job is to be a witness to his time in history.”  -Robert Rauschenberg

The Lyman Allyn Art Museum is proud to present Robert Rauschenberg: Ruminations. This exhibition features a series of nine large prints, composed with fragments of multiple images of important figures and events from Rauschenberg’s young life. The show will be on view June 8 through August 11, 2019.

During a career that spanned more than five decades, Robert Rauschenberg (1925-2008) reshaped art in the 20th century, ushering in a new era of postwar American art. In 1964, he became the first American and youngest artist to win the prestigious Venice Biennale Grand Prize. He was also the first living
American artist to be featured by Time Magazine on its cover.

When Rauschenberg launched his career in the early 1950’s, the heroic gestural painting of Abstract Expressionism was in its heyday. He challenged this tradition with an egalitarian approach to materials, bringing the stuff of the everyday world into his art. Often working in collaboration with artists, dancers, musicians, and writers, he invented new interdisciplinary modes of artistic practice that helped set the course for art of the present day. Building on the legacies of Marcel Duchamp, Kurt Schwitters and Joseph Cornell, he produced groundbreaking work with photography, mass media, and technology. The term Neo-Dada was applied to Rauschenberg’s early work and that of Jasper Johns and Allan Kaprow, as they initiated a radical shift in the focus of modern art during the 1950’s similar to that of the Dada movement in the first decade of the 20th century and is exemplified by its use of modern materials, popular imagery, and absurdist contrast.

Ruminations is a print series of nine works published by Universal Limited Art Editions (ULAE), West Islip, New York, that includes images of important figures and events from the artist’s young life. Rauschenberg always provided a sense of his personal being through his work, but this series is rare for its directness. Although what the content implies is ambiguous, it is clear that these images are introspective representations of those figures and moments that were important to him. He returned to the more restrained gray palette used in prints from the 1960’s and depicted scenes from his childhood including his parents Ernest and Dora, his sister Janet, his former wife Susan Weil and their son Christopher, Steven Paxton, Cy Twombly, John Cage, Jasper Johns, Tatyana Grosman, Leo Castelli and Ileana Sonnabend.

In conjunction with the exhibition, the Lyman Allyn will host a lecture titled My Friend, Bob Rauschenberg on Wednesday, June 19 from 5:30 – 7:00 PM. Jane Coats Eckert, of Eckert Fine Art, will hold an intimate discussion about her friendship with the famed American painter and graphic artist. Museum members are $10 and non-members $15. Please RSVP to 860.443.2545 ext.2129.

This traveling exhibition is generously lent by the Mattatuck Museum, Waterbury, Connecticut and supported by the Frank Loomis Palmer Fund, Bank of America, Trustee; and the Department of Economic and Community Development, Office of the Arts.

Tours of the exhibition are available for groups. To schedule tours, call Director of Education Caitlin Healy at 860.443.2545 ext. 2110 or e-mail healy@lymanallyn.org.

For more information or to request images, please contact Rebecca Dawson at 860.443.2545, ext. 2112 or at dawson@lymanallyn.org. About the Lyman Allyn Art Museum

The Lyman Allyn Art Museum welcomes visitors from New London, southeastern Connecticut and all over the world. Established in 1926 by a gift from Harriet Allyn in memory of her seafaring father, the Museum opened the doors of its beautiful neo-classical building surrounded by 12 acres of green space in 1932. Today it presents a number of changing exhibitions each year and houses a fascinating collection of over 17,000 objects from ancient times to the present; artworks from Africa, Asia, the Americas and Europe, with particularly strong collections of American paintings, decorative arts and Victorian toys and doll houses. 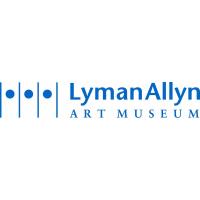