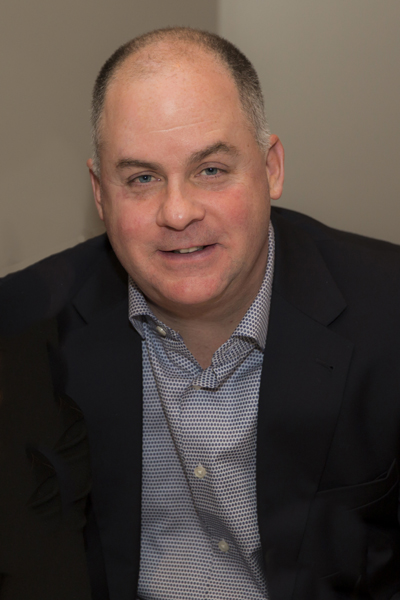 New London, CT – Today, the Thames River Innovation Partners (TRIP) announced David McBride as its new Executive Director. TRIP was founded as an unprecedented alliance between the public sector, private enterprise, and nonprofits to build prosperity throughout the Thames River region. Its partners include the City of New London, City of Groton, Town of Groton, CURE Innovation Commons, Spark Makerspace, the Chamber of Commerce of Eastern Connecticut, and the University of Connecticut.

“It’s an honor to take the reins and help create real jobs and opportunities for our community,” said McBride. “I grew up in the region, I worked for major employers in our area, and even opened my own family business here. This is a growing, vibrant community with so many hardworking men and women just looking for a chance to land a new job and provide for their families. The work we’ll do with our partners in business, government, and nonprofits will create real opportunities for our friends and neighbors.”

“After an extensive search, David McBride stood out among all candidates given his entrepreneurial spirit, his financial experience, and his appreciation for the Thames River Community,” said Sheri Cote, Chair of the TRIP Board of Advisors.

Raised in Lisbon, CT, McBride graduated from Saint Bernard High School and Seton Hall University. He received his Master’s in Business Administration and Finance from the University of Connecticut, after which he began a successful career at Mohegan Sun Casino and Mohegan Tribe. As Director of Finance, McBride assisted with the Mohegan Tribe’s non-gaming business diversification efforts. His department would eventually become the Mohegan Holding Company, which—under his leadership—secured agreements to operate over fifty restaurants in New England. Following a promotion to Vice President of Food & Beverage, McBride developed and operated Smashburger and Jersey Mikes franchises across the region.

McBride is a dedicated member of the community, committed to giving back. In 2002, he founded the James A. Greenleaf, Jr. Memorial Scholarship Fund in honor of his best friend, who perished on 9/11. The foundation hosts three events each year and awards over $50,000 in annual scholarships to students attending Saint Bernard High School, Waterford High School, New London High School, and Fitch High School.

As Executive Director, McBride will oversee TRIP’s efforts to create jobs and grow the economy. Earlier this year, Thames River region was officially designated a CTNext Innovation Place, providing up to $900,000 in state funding. TRIP is the first of four state projects to be contracted by CTNext—and the first to hire an Executive Director. It is well-positioned to continue rebuilding our region and growing opportunities for our community.

McBride currently resides in Groton with his fiancé and their five children, where he also manages a family business that includes numerous Dairy Queen franchises and other investments. He also serves as Treasurer of the Groton Long Point Association.

The TRIP initiative is supported by CTNext.