Thomas A. Borner, President and CEO of Putnam Bank recently announced the hiring of Kim Brian Bushey to lead the commercial lending department as a Senior Vice President, Chief Commercial Lending Officer. “I’m pleased with the growth we’ve experienced at Putnam Bank, and adding this position to our commercial department, with Kim’s leadership and experience, is an important step in achieving our goals set forth in our recent capital raise and will fuel our expansion of lending in eastern Connecticut”, commented Borner”.

In recent years, Kim has been actively devoted to helping raise money and awareness in the fight against both ovarian and brain cancer and is looking forward to getting actively involved in all of the communities that Putnam Bank serves.

Kim has lived in eastern Connecticut his entire life and resides in Hebron with his wife Susan and their five children.

Kim commented, "I am very excited to join the Commercial Lending team at Putnam Bank under the leadership of Tom Borner and look forward to reconnecting with old customers as well as establishing and growing new relationships in the Connecticut market."

* * *
Putnam Bank, in existence for over 150 years, is a state-chartered and insured stock bank, with assets, including the holding company of approximately $500 million dollars. Putnam Bank has branch offices in Putnam, Pomfret Center, Danielson, Plainfield, Griswold, Gales Ferry, and Norwich. It also operates a full-service loan center in Putnam. For more information call (800) 377-4424, or visit our website at putnambank.com. 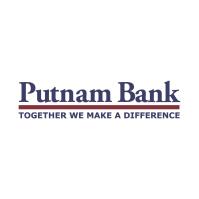