SECWAC: Our Man: Richard Holbrooke and the End of the American Century

The Southeast Connecticut World Affairs Council (SECWAC) announced today that George Packer is to speak on his biography of diplomat Richard Holbrooke at 6:00 p.m. on Wednesday September 30 via Zoom.

In his book “Our Man: Richard Holbrooke and the End of the American Century”, George Packer tells the story of Richard Holbrooke, the diplomat who was the force behind the Dayton Accords that ended the Balkan War, but who failed to achieve the post of Secretary of State which he coveted.  The story, told against the backdrop of US foreign policy from the Vietnam War to the Afghanistan War, is a nonfiction narrative both intimate and epic in its revelatory portrait of this extraordinary and flawed man, and the elite spheres of government and society he inhabited.

Signed copies of the book may be purchased from Bank Square Books at this link: https://www.banksquarebooks.com/SECWAC2020-2.

The presentation is part of the SECWAC 2020-2021 Quarterly Colloquium.

Cost: Free for members and guests, $20 for non-members - registration is required

ABOUT GEORGE PACKER
George Packer is a staff writer at The Atlantic and a former staff writer at The New Yorker.  He is the author of “The Unwinding: An Inner History of the United States” (winner of the 2013 National Book Award), “The Assassin’s Gate: America in Iraq” (a finalist for the 2006 Pulitzer Prize), and “Blood of the Liberals” (winner of the 2001 Robert F Kennedy Book Award).  “Our Man: Richard Holbrooke and the End of the American Century” was a finalist for the Pulitzer Prize and winner of the Los Angeles Book Award for Biography.  He is also the author of 2 novels and a play, “Betrayed”, which won the Lucille Lortel Award.  Packer has been a Guggenheim fellow and twice a Fellow at the American Academy in Berlin.


PAST PROGRAM RECAP – In case you missed our September 16th Zoom meeting with David Shimer speaking on covert electoral interference over the past 100 years, see here for a link to the recording:
https://us02web.zoom.us/rec/share/Qp3hjOggIxJjapShpszMINIsdLlHm24HWpU9khllTdzXBdJ5aHvU9CMeU3Vegqcs.GZ9CPZ_QAyftF6K0

ABOUT SOUTHEAST CONNECTICUT WORLD AFFAIRS COUNCIL (SECWAC)
SECWAC is a regional, nonprofit, membership organization affiliated with the World Affairs Councils of America (WACA). The organization dates back to 1999, and has continued to arrange at least 8-10 meetings annually, between September and June. The meetings present a range of topics in international affairs, foreign policy and diplomatic history, and are hosted at venues along the I-95 corridor, welcoming members and guests from Stonington to Old Saybrook, and beyond.  SECWAC’s mission is “to foster an understanding of issues of foreign policy and international affairs through study, debate, and educational programming.” It provides a forum for nonpartisan, non-advocacy dialogue between members and speakers, who can be U.S. policy makers, educators, authors, and other experts on foreign relations. Learn more at http://secwac.org. 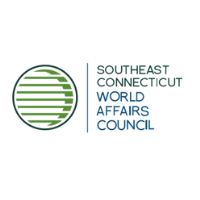