The University of Connecticut Avery Point invites all local residents and their dogs to campus this Friday, September 27 from 5:30-6:30 p.m. to meet two new members of its campus community – Sergeant Justin Cheney and Officer Tildy, a three-year old yellow lab/golden retriever mix. The event will take place at the campus gazebo, adjacent to the University police station.

No advance registration is required for this event, and free parking will be available in lots A and B on campus.

Sergeant Cheney earned his most recent appointment and promotion in March, 2019 and he and Tildy have already been extremely visible on campus over the past few months.

Sergeant Cheney (UConn Class of 2007) has been a member of the UConn Police Department since 2015. He has an active role in the Special Victims Unit, Recruitment Team, Self-Defense program coordination and the Community Outreach Unit.

In 2018, Cheney worked tirelessly to launch the first Community Outreach Facility Dog program at the UConn Police Department. That is how he met his partner, Officer Tildy, who is trained in over 35 commands, and is utilized to increase and engage positive interaction with the community as well as to provide victim assistance at the police department.

In October 2018, Justin and Tildy received the Community Policing Award from the United States Attorney’s Office in New Haven.

At the end of the work day, Tildy resides at home with Sgt. Cheney, his wife, and two daughters. 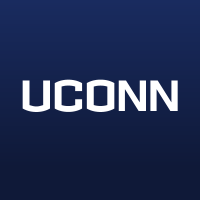