Liberty Bank is soliciting nominations for the 2019 Willard M. McRae Community Diversity Award. This annual award is designed to recognize an individual who has made a significant and ongoing contribution to the cause of promoting and celebrating diversity, equity, and inclusion in the communities served by Liberty Bank.

The bank is looking to the public to nominate local residents who are leaders in building positive relationships between different people, whether those differences are of race, economic status, culture, religion, or any other aspect of diversity. Nomination information and a link to the online nomination form are available on the bank’s web site, www.liberty-bank.com, as well as the Liberty Bank Foundation web site, www.LibertyBankFoundation.org.  Nominations must be received by Friday, September 6, to be considered. For more information about the award, call (860) 704-2181.

Introduced in 2000 as the Liberty Bank Community Diversity Award, the award was renamed in
2009 in honor of the late Willard McRae, past chairman of the Liberty Bank Board of Directors and a founding member of the Liberty Bank Foundation Board of Directors. A lifelong Middletown resident who passed away in early 2016, Mr. McRae was the co-founder of the Middlesex Coalition for Children, the Middlesex Child and Adolescent Service System Program, and the Upward Bound program at Wesleyan University. Mr. McRae was known for his extraordinary commitment to equal access and opportunities for all, regardless of economic status, race, background, disability, or other factors.  His contributions to children’s mental health, education, and human services made a positive difference in the lives of thousands of people.

The 2019 award recipient was Chandler Howard, past president and CEO of Liberty Bank and the Liberty Bank Foundation.  A list of other past recipients is available on the foundation web site.
Since its inception in 1997, the Liberty Bank Foundation has awarded over $12 million in grants to nonprofit organizations within Liberty Bank’s market area.  The foundation seeks to improve the quality of life for people of low or moderate income by investing in three areas:  education to promote economic success for children and families; affordable housing and ending homelessness; and nonprofit capacity building.  Along with its grantmaking, the foundation strives to foster the convening and collaboration of nonprofits, funders, business, and government to address community issues.

Established in 1825, Liberty Bank is Connecticut’s oldest mutual bank, with over $5 billion in assets and 55 banking offices throughout the central, eastern, and shoreline areas of the state. As a full-service financial institution, Liberty offers consumer and commercial banking, home mortgages, insurance, and investment services. Named as a “Top Workplace” by the Hartford Courant for seven consecutive years, Liberty maintains a longstanding commitment to superior personal service and unparalleled community involvement. 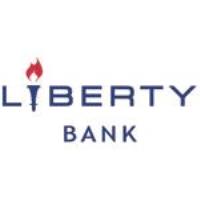