Mohegan Gaming & Entertainment (MGE) has named Nick Gilham Director of Social Media. He will oversee social strategy, marketing, content, monitoring and operations for all MGE properties. Dana Lambersky has been promoted to Director of Convention Services for Mohegan Sun in Uncasville, Connecticut, where she will play a new and vital role in the planning and organization of the growing calendar of meetings, incentives, conference and exhibitions at Mohegan Sun.

“Nick Gilham comes to MGE with a wealth of knowledge and leadership skills in social media, brand strategy and communications,” said George Galinsky, SVP Marketing Communications at Mohegan Gaming & Entertainment. “Nick’s management experience with global brands such as LensCrafters, Purina and Stanley Black & Decker will give our guests the most welcoming, relevant and exciting social networks with which to engage.”

Gilham spent the first 10 years of his career working in information technology for companies such as AT&T. After receiving his MBA from Washington University in St. Louis, he shifted gears and followed his passion for digital marketing. By 2015, Gilham would be named Marketing Manager for LensCrafters Social Media division where he oversaw social strategy for platforms including, but not limited to: Facebook, Twitter and Pinterest. Most recently, Gilham served as Sr. Social Media Strategist and Brand Strategist for Stanley Black & Decker.

In his new role as Social Media Director, Gilham will steer the Social Media operations for the expanding Mohegan Gaming & Entertainment (MGE) portfolio, which in addition to Mohegan Sun in Connecticut, operates integrated entertainment resorts and casino destinations in PA, WA, NJ, LA as well as Canada and in the near future, Las Vegas, NV and South Korea.

“We’re thrilled about these recent hires and promotions,” said Jeff Hamilton, President & General Manager of Mohegan Sun. “Our team member Dana has been a huge part of the Mohegan Sun Expo and Convention staff and is an extremely dedicated, talented and hardworking individual, which was highly evident with her recent and successful work for Miss America which aired live on NBC, last month from Mohegan Sun.”

Lambersky began her career at Mohegan Sun in 2001 as Convention Services Manager, where she facilitated the key objectives of groups, including corporate, association, consumer shows, B2B trade shows, special events and fundraisers for large capacities in a variety of event spaces. Within her responsibilities was coordinating and organizing all group requirements, including but not limited to food and beverage, hotel accommodations, travel, audio/visual, banquet room sets, event diagrams, entertainment, IT, ticket sales, tenting, security, billing and recreation. This vast range of skills and experience led Lambersky to being named Director of Convention Services in late 2019, where her role is now elevated to oversee all functions of Mohegan Sun’s Convention Services department. Lambersky will also liaise for all major group and event operations with all departments to ensure clear, concise and timely communication and execution of all group needs and logistics.

ABOUT MOHEGAN SUN
Owned by Mohegan Gaming & Entertainment, Mohegan Sun is one of the largest, most spectacular entertainment, gaming, dining and shopping destinations in the United States.  Situated on 185 acres along the Thames River in scenic southeastern Connecticut, Mohegan Sun is home to two unique casinos, 1,600 deluxe hotel rooms, two world-class spas, a golf course, over 80 shops, restaurants and bars as well as three award-winning entertainment venues including a 10,000-seat Arena. Mohegan Sun is within easy access of New York, Boston, Hartford and Providence and located 15 minutes from the museums, antique shops and waterfront of Mystic Country. More information is available by calling 1.888.226.7711 or visiting mohegansun.com. Connect with us on Facebook, follow us on Twitter and Instagram @mohegansun, view us on YouTube and find us on Snapchat at username MoheganSun. 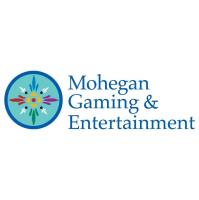