Over $200,000 in grant funding has been allocated to market eastern Connecticut tourism

“Tourism is a major economic driver in eastern Connecticut that generates billions in business sales and tax revenues every year and supports thousands of jobs,” said Governor Ned Lamont. “I applaud this program’s efforts to bolster eastern Connecticut’s crucial tourism industry by further raising the visibility of the state’s tourism opportunities, which are as diverse as the grant recipients.”

“This program was an incredible opportunity for the District and the Office of Tourism to come together and market the vitality of our region’s diverse tourism opportunities,” said Jim Bellano, chairman of the ERTD. “We received so many creative strategies for supporting our tourism businesses. Given the pace at which the U.S. is developing a vaccine, we are excited to see these programs move forward to market Connecticut’s spring and summer tourism seasons.”

The ERTD originally allocated $180,000 for the 2020 Regional Marketing Partnership Program by the Connecticut Office of Tourism. After overwhelming support for the program, funding was raised to $202,267 to support a total of 11 projects throughout eastern Connecticut. Proposals selected for the 2020 program must be completed by the end of the fiscal year on June 30, 2021.

“It was a rigorous process to select these 11 applications, and I feel that the selected programs will have a positive impact on our tourism businesses throughout eastern Connecticut,” said Chris Regan, chairman of the ERTD Marketing Committee. “The significant collective impact of these marketing programs will generate additional visitation and economic activity for our region while working to support the state’s broader marketing initiatives. We hope to see this program grow in 2021.” 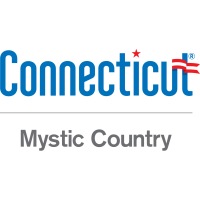