Thomas A. Whidden Receives America and the Sea Award

Mystic Seaport Museum honored Hall of Fame sailor Thomas A. Whidden with the 2020 America and the Sea Award. The prestigious award recognizes those individuals and organizations whose extraordinary achievements in the world of maritime exploration, competition, scholarship, and design best exemplify the American character. The award was presented at a virtual gala fundraiser on Friday, October 23.

Whidden is the President and CEO of North Technology Groupand a 2017 inductee into the National Sailing Hall of Fame. He was elected to the America’s Cup Hall of Fame in 2004.

Fellow Hall of Fame sailor and the 8th America and the Sea Award recipient Gary Jobson presented the award to Whidden at a small gathering of Whidden’s family and friends at the Museum in Mystic, Connecticut, from where the event was livestreamed for an audience around the country and overseas. Jobson shared a brief history of the America’s Cup, followed by the award presentation, commenting that Whidden has contributed two important things to the sport of sailing, ”As an industry leader, he has made sailing more efficient, with better sails that last longer and go faster… and he’s been outstanding on the race course.”

Whidden, who grew up in Connecticut and learned to sail on Long Island Sound, has had an extraordinary career both on and off the water as an accomplished tactician for Dennis Conner in eight America’s Cup campaigns -- winning three, and as a revolutionary sailmaker, bringing sail making from the manufacturing of paneled sails in a vast network of sail lofts to the current centrally managed, technologically driven, manufacturing system. Thanks to the remarkable vision of Whidden, North Sails has become a leader in the industry, with every America’s Cup winner and every Volvo Ocean Race winner choosing to race with North Sails since 1992 and 1993, respectively.

“Tom is a perfect fit for this award. Not only does he have a distinguished record as a competitive sailor, but he has also served as an important ambassador for the sport and the maritime community. For young sailors across the country and beyond, he has been a positive role model and mentor,” said Steve White, president of Mystic Seaport Museum.

On receiving the award, Whidden remarked, “What a wonderful honor it is to be this year’s Mystic Seaport Museum America and the Sea Award recipient. I join an amazing group of previous recipients who have made incredible contributions in so many different aspects of maritime, sailing, and ocean life. I have spent my life racing sailboats and making products that make those boats perform their best. For me to be recognized alongside other abundantly accomplished previous honorees, for doing what I most love, by the most prominent maritime museum in the United States, is a dream come true.”

The virtual event generated $520,284 through sponsorships, single tickets, live and silent auctions, and a virtual paddle-raise appeal. The Museum would like to express a sincere thank you to the gala committee, Board of Trustees, and the myriad supporters who gave in honor of Whidden and to further the mission of Mystic Seaport Museum.

Mystic Seaport Museum, founded in 1929, is the nation’s leading maritime museum. In addition to providing a multitude of immersive experiences, the Museum also houses a collection of more than two million artifacts that include more than 500 historic vessels and one of the largest collections of maritime photography. Mystic Seaport Museum is located one mile south of Exit 90 off I-95 in Mystic, CT. For more information, please visit www.mysticseaport.org and follow Mystic Seaport Museum on Facebook, Twitter, YouTube, and Instagram. 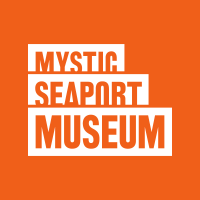