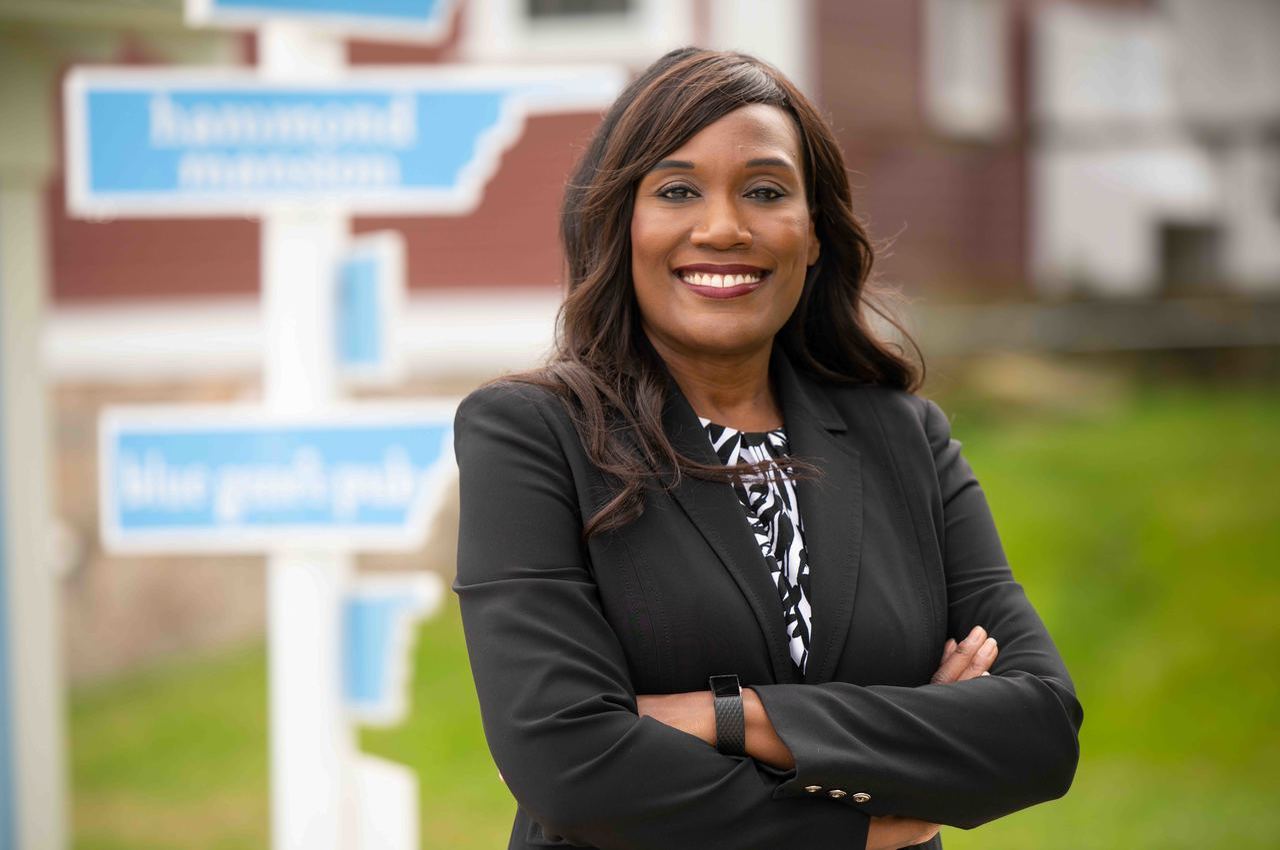 The Eugene O’Neill Theater Center welcomes Tiffani Gavin as its next Executive Director. Gavin helms the nationally-recognized, award-winning institution and leads its professional development programs for puppetry, plays, musicals, and cabaret, as well as the flagship undergraduate program, the National Theater Institute.

Prior to joining the O’Neill, Gavin held managerial and creative development roles in both nonprofit and commercial theater, including serving as managing director at the American Repertory Theater, Executive Producer at SFX/Clear Channel, and, most recently, as Manager of the Marquis Theatre on Broadway.

“I am thrilled to be at the O’Neill in a position that utilizes all my management and creative development experience” shares Tiffani Gavin. “The O’Neill is where innovation happens. I’ve seen firsthand the impact of the O’Neill’s famed new work development process and it is in support of this incredible legacy that I am excited to lead O'Neill further into its next phase of life, one with theatrical innovation and diversity at the forefront.”

Gavin is the fifth Executive Director in the O’Neill’s 55-year history, and the first Black woman to hold the position. Gavin succeeds Preston Whiteway, who led the organization for the past 16 years.

O’Neill Board Chairman Tom Viertel led the national search process and says: “Tiffani Gavin impressed everyone who met her as someone who can lead the O’Neill to great new heights. Her extensive experience in both not-for-profit and commercial theater as a senior executive and a producer responsible for new work is a perfect combination for the position.”

The O’Neill will hold a series of virtual Town Hall events to welcome Tiffani Gavin. The first will be held September 22 at 6pm EST exclusively for O’Neill members. Additional sessions are open to the public September 23 at 3pm EST and September 24 at 6pm EST.  Please RSVP for these events here. Additionally, artists, alumni, and members wishing to welcome Tiffani Gavin or share their O’Neill story with her are encouraged to reach out using ED@theoneill.org.

Tiffani Gavin brings more than 25 years of experience in theater administration and producing to her new position as Executive Director of the Eugene O'Neill Theater Center. After beginning her career in general management at The Public Theater in NY and as a company manager at Blue Man Group, she went on to hold leadership positions in both nonprofit and commercial theater organizations, including Clear Channel Entertainment and the American Repertory Theater.  She's been the Manager of the Marquis Theatre on Broadway and has managed productions such as the National Tour of The Phantom of the Opera.  As an Executive Producer for Clear Channel Entertainment and later as the General Manager/VP of Production at Martian Entertainment she commissioned and developed new work by emerging artists across the U.S. and internationally.  While producing at Clear Channel, her broad portfolio included Broadway and off-Broadway productions as well as national tours. Among them were Ragtime (National Tour), The Producers (Broadway, National Tour), Hairspray (Broadway, National Tour), Sweet Charity (2005 Broadway Revival), Gumboots (National Tour, European Tour), Squeezebox (Off-Broadway), and Contact (National Tour). She was also the Sr. Director of Professional and International Licensing for Theatrical Rights Worldwide where she acquired and licensed secondary performing rights for musicals such as Monty Python’s Spamalot and The Color Purple.  Tiffani is a native of East Norriton, PA, and has a B.A. from Brown University in both Sociology as well as in Modern Culture and Media with a focus in Mass Media and Cultural Representation.

About The Eugene O'Neill Theater Center
Eugene O’Neill Theater Center: The O’Neill is the country’s preeminent organization dedicated to the development of new works and new voices for the American theater. Founded in 1964,  and named in honor of Eugene O’Neill, four-time Pulitzer Prize-winner and America’s only playwright to win the Nobel Prize in Literature. The Launchpad of the American theater, the O’Neill has been home to more than 1,000 new works for the stage and thousands more emerging artists. Scores of projects developed at the O’Neill have gone on to full production at theaters around the world. O’Neill programs include the National Playwrights Conference, National Music Theater Conference, National Critics Institute, National Puppetry Conference, Cabaret & Performance Conference, and National Theater Institute – which offers six credit-earning undergraduate training programs. In addition, the O’Neill owns and operates the Monte Cristo Cottage as a museum open to the public. The O’Neill is the recipient of two Tony Awards and National Medal of Arts. www.theoneill.org